Former Republic of Ireland forward has announced his retirement from professional football after 17 seasons of play.

The 34 year old former Irish international took to social media yesterday to announce his retirement from football.  English-born Simon Cox had played the majority of his club play in England, finishing his career in the A-League.

Cox made his professional debut for his hometown club Reading during the 2005-06 season. The club would go on to win the Championship and promotion to the Premier League at the end of his first season.

The striker then moved on and ended up representing Brentford, Northampton Town, Swindon Town, Nottingham Forest, Bristol City and Southend United in the English League One and Championship. He also spent two seasons playing in the Premier League with West Bromwich Albion.

Happy retirement, Coxy. All the best for the future 💙 pic.twitter.com/2ppuer6YuL

After 15 seasons in England he made the antipodean switch coming to the A-League. Cox played for Western Sydney Wanderers for two campaigns from 2020 to 2021.  During his professional career he made more than 500 senior appearances and scored over 130 goals.

This includes those at the international level.  Cox  was eligible to represented the Republic of Ireland through his Galway-born grandmother. He earned 30 international caps from 2011 to 2014 and scored four goals for Ireland.

Cox's full statement, put out through multiple tweets on his personal twitter, reads as follows:

"Today is the day that every footballer knows will come but never looks forward to. After speaking with my family today I announce my retirement from playing the sport I love.

"I’ve been fortunate to have lived through a dream and which I’ve been able to share with the people closest to me.

"I was a young boy from Reading who grew up watching his boyhood club to playing and scoring for them and being a part of the historic 106 club gaining promotion to the promised land.

"A young lad who dreamt of playing and scoring in the @premierleague to someone who represented @FAIreland (Football Association Ireland) 30 times and being part of the squad that went to the European Championships 2012 in Poland and Ukraine for the first time in nearly 30 years.

"I’ve made over 500 appearances and scored over 130 goals for clubs and country taking me across the @premierleague,  @SkyBetChamp, @SkyBetLeagueOne and most recently The @aleaguemen in Australia.

"I’d like to say thank you to all the managers who gave me a chance and to all the players and staff that I’ve had the pleasure to meet and play with in my career at so thank you for your support.

"As much as i’m calling time on a playing career this is not the end in football for me.

"Since returning from Australia earlier this year I’ve been quietly going about seeking coaching/management roles but I never envisioned it being as challenging as it has been so far.

"I know that whoever gives me the opportunity to prove myself will see that I’m ready and raring to go with a career’s worth of experience and knowledge to pass on to the next generation of players.

"Whilst I’m closing the door and looking back fondly on a career I’ve been lucky to have had I’m generally excited and looking for to the next chapter in football.

"Having now completed my UEFA A Licence and a Masters in Football Business & Management the future is really something I’m looking forward to as a coach or as part of the back room management staff. 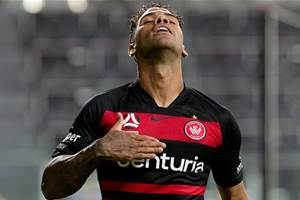 Kwame Yeboah has reportedly quit his footballing career to pursue one in modelling. 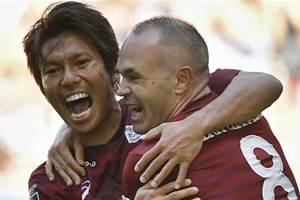