Cox will be hoping to breathe life into the Wanderers' dire summer when they visit fellow stragglers Central Coast in Gosford.

The 32-year-old Irishman arrived at the club a fortnight ago but is set to be unleashed by de Marigny following last week's bye.

"Andy, our conditioning coach, worked really well with him the last couple of weeks. He's going to have an impact on the game."

Western Sydney trumpeted the signing of Cox, who has played over 500 games in England, including a stint in the Premier League with West Bromwich Albion.

His most recent stop was at Southend United, where he played alongside former Socceroos midfielder Mark Milligan and scored 45 goals in 172 games.

Cox was rushed into the squad following the failure of marquee Alex Meier.

Mariners coach Alen Stajcic was well-versed on Cox's resume, but questioned whether he would have the match fitness to make a difference straightaway.

"He'll be a good addition for them, (but) that's something that's in their lot and they have to worry about," Stajcic said.

"It's his first game in a while as well. He hasn't played for four-five weeks.

"But a proven goalscorer. Unpredictable, unknown, all those things make it harder to assess but at the end of the day, we've just got to worry about ourselves."

De Marigny also confirmed Tass Mourdoukoutas and Keanu Baccus would be rushed straight back into the fold following their return from Olyroos duties.

Both players enjoyed big workloads under coach Graham Arnold during the recent AFC under-23 championships to successfully qualify for the Tokyo Olympics.

"They're fit. They've trained well. They're very upbeat. They're ready to go. They're available and looking forward to the rest of the season," de Marigny said. 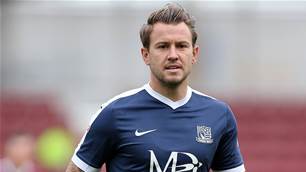