The 80-cap former Socceroos stalwart believes lack of on-field leadership and a missing “mongrel” instinct have been significant factors in Australia’s now desperate plight in pursuit of an automatic spot at Qatar 2022.

With victories at home to Japan and away in Saudi Arabia in March the only way to circumvent the perils of the playoffs, two-time World Cup finalist Wilkshire challenged Arnold’s men to discover the devil that lurks within.

“We’ve been just too nice in recent qualifiers,” Wilkshire told FTBL. “Australian teams of the past have always had that real fight and mongrel about them when things got tough.

“What I’ve seen lately has been too much niceness in the team - our centre backs are nice, our midfielders are all nice.

“But there are times - especially in qualifiers - when you need that grit and willingness to make that tough tackle, and maybe commit that foul when the chips are down.

“If we think we can just go and outplay Japan (at Stadium Australia on March 24) then I think we’re in for a very tough night.

“We’ve always known against the Japanese you need to get amongst it and ruffle their feathers.

“You need to get them off their game and then you go and play your football.”

“I wouldn’t say we were nasty in my day but we had a bit about us to stir things up if the team found itself in a difficult spot,” added Wilkshire.

“We still have some great players but you wonder who will be the one in the moment of need to start demanding more from his teammates and pulling people together.

“That side of our game was missing in the (2-2 draw) against Oman in our last match - someone to make sure we saw the game out, draw fouls and do whatever it takes to get a result.”

Whilst Arnold’s current crop might not be the most vocal or bellicose, Wilkshire insisted that they can still lead by example.

“There are all sorts of leaders and it might be something like putting in a hard tackle to inspire the group,” he added. “It isn’t all about how loud you shout.

“I’ve seen glimpses of what’s needed from (Olyroos) Cameron Devlin and Nathaniel Atkinson (teammates at Hearts but both uncapped at senior level).

“They are mongrels who will go and kick people and rattle some cages and I don’t think that’s something we do enough of.

“The boys are going to have to find it within themselves because the World Cup is on the line next month.

“If you’re not going to fight tooth and nail and scrap and do what you have to do to get a result now then I don’t think you’re ever going to do it.

“There’s a huge amount at stake and everything has to be left out there.”

FA CEO James Johnson says a review into the Matildas' Asian Cup campaign won't be a 'witch-hunt' against any individuals, including coach Tony Gustavsson. 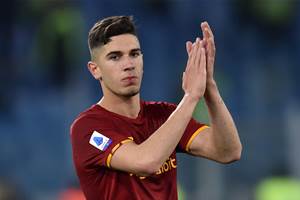