Papakosmas, who has been front and centre of the NPL outfit's topflight ambitions told the club he would end his role as of August 10.
The former NSL champions made a shortlist of 10 bid teams vying for a berth in the 2019/20 A-League season. Football Federation will name the two expansion teams in October.

Wolves released a statement this evening but gave no reason for the CEO's decision to quit.
"Mr Papakosmas has played a major part in the successes the Wolves have achieved on the field and off the field since November 2016," the statement read.
"(He) was a strong contributor in ensuring the Wolves progressed through the initial Expression of Interest phase for the A League Expansion, qualifying for the final short list of applicants.
"The Wollongong Wolves would like to thank Mr Papakosmas for all his efforts and hard work on behalf of the club and wish him all the very best in his future endeavours."

Last month a bullish Papakosmas told FourFourTwo the Wolves were “readymade” for the A-League with “three generations of fans, history, colours and close to one of the best home grounds in the league (WIN Stadium).”

Wolves also have a historic rivalry with A-League outfit Perth Glory dating back to the NSL.

Papakosmas added: “We are very confident that not only will we be part of the A-League expansion in this submission we’ll be the first team selected.”

The NPL outfit is in a territorial war with another shortlisted bid team - Southern Expansion - which is hoping to get the greenlight for a combined Illawarra, St George and Sutherland club. 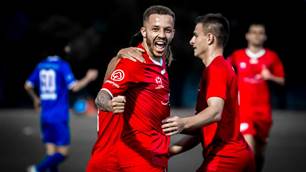