The nation’s premier junior competition, the Y-League returns to action this weekend for its twelfth season, with the subject of Australia’s youth development, pathways to senior football and philosophical approach to development a hot topic amongst the footballing public.

With Australia’s professional leagues, including the Y-League, recently transferring to the independent control of the clubs, FTBL understands that much-needed reforms of the competition have been mooted to arrive potentially as soon as 2020/21.

But changes have failed to materialise in time for the coming season.

Instead, as it has been since 2015/16, the 10 sides competing in the competition – all existing Australian A-League clubs bar Western United, plus Canberra United – will be divided into two conferences of five; with the NSW-based sides and Canberra in Conference B and the others in Conference A.

Conferences will compete in a home-and-away format over the course of an eight-game, 10-week regular season before the top side from each conference face off in a Grand Final – the only game of the competition broadcast or streamed.

Unfortunately, an eight-game youth competition, regardless of the supplementary effect provided by A-League sides entering teams into their state-based NPL competitions, remains inadequate for fostering the next generation of Australian talent; youngsters taking part not afforded enough year-round football and training in an elite environment to take their development to the next level. 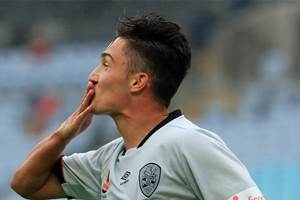 Ahead of its commencement, FTBL's Joey Lynch breaks down everything you need to know about the 2019/20 Y-League season.

Instituted to make costs more manageable for A-League clubs, the nature of the conference system means that young players don’t even run the gamut of the best youth players in Australia and instead restricts them to playing the other four clubs in their five-team conference unless they make the Grand Final.

Nominally put in place to ensure that more opportunities are provided to young players, the downsides of the well-intentioned policy of extended benches should A-League sides field a requisite number of U23 players could also be on show during the coming Y-League season.

Despite being inadequate on a holistic level, the 10-week season does, at this stage, represent one of the few opportunities for young players to partake in competitive football between NPL seasons.