Dwight Yorke has wanted to be a coach since retiring and he gets his chance against arguably the biggest club in football, FC Barcelona, in his first game.

Yorke has been named coach of the A-League All Stars side that will come out of hibernation for the first time since 2014 at Sydney's Accor Stadium.

They face the Catalan giants in a one-off game with Yorke, whose first dalliance with Australian football was with Sydney FC in their foundation year, making Australia home once again.

Yorke will take charge of Macarthur FC in next year's A-League Men but after 12 years in punditry and as an ambassador for Manchester United after retiring, why now?

The words of Dwight Yorke related to our coach Xavi pic.twitter.com/6PWpNqbpsz

"I enjoyed the media side of things but I always wanted to come back into the game," the 50-year-old told the Australian Associated Press.

"For me it was as a head coach, so I had to get my qualifications which took two years.

"I feel having had the time out, I am refreshed and it has allowed me to study the art of being a head coach.

"I've spoken to the managers I've got access to, guys like Sir Alex Ferguson, Steve McClaren and Gareth Southgate. The more I spoke to those guys, the more I felt fully prepared."

The Barcelona tie is an event. The question is how will Yorke fair over 27 weeks of an A-League Men season.

Overseas coaches often come with a risk and even the bigger names, such as Robbie Fowler, haven't been able to transfer their on-field ability to the dugout.

Mark Rudan, one of Yorke's old teammates at Sydney, was heavily linked with the Macarthur job before agreeing to a new deal with the Western Sydney Wanderers earlier this year.

The appointment of one of the most-recognisable faces shapes as a shot in the arm not just for a Macarthur side struggling to attract supporters but also the A-League.

The competition's rebrand with new broadcast partner, Network Ten, failed to be the great reset that supporters were promised.

"I want to come here and take on the big boys in the A-League who have better resources and maybe better players," he said.

"I liked that challenge and the vision the club told me about.

"I've come from a challenging background to get to the top and I know what it takes."

That journey begins when he takes charge of the All Stars against Barcelona.

The last man to coach the All Stars was Ange Postecoglou and since then the management caper has gone more than just ok for the newly crowned Scottish Premiership winner. 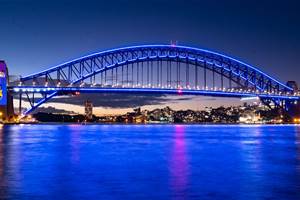 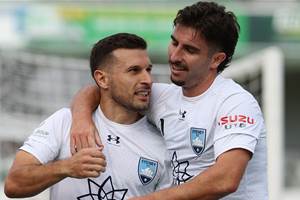