Former Socceroo John Aloisi has joined the chorus of voices urging Australia's football community to unite during the coronavirus pandemic, with the future of the A-League in the balance.

Last week's decision to suspend the A-League until at least April 22 has had a dramatic impact with several clubs standing down players and staff in the past few days.

Western Sydney, Perth Glory, Central Coast, Adelaide and Newcastle have all taken the step since the league was postponed, while others are expected to follow suit.

Sydney FC, Melbourne Victory and Melbourne City have all promised to pay their players for now but acknowledge an extension of the postponement would force them to rethink those plans.

The clubs' drastic moves have led to threats of legal action from the PFA, while the over 100 players out of contract on May 31 face an increasingly uncertain future.

The FFA has also been hit hard by the move, announcing last week 70 per cent of its staff had been stood down.

Underpinning it all, the fear broadcaster Foxtel is preparing to walk out on its $57 million-a-year deal has the potential to put the game into a crisis not seen since 2002, when Soccer Australia and the National Soccer League were both wound up.

FFA chief executive James Johnson made a plea for unity and an end to factionalism and self-interest to get through the crisis, and it's an approach endorsed by Aloisi.

The hero of Australia's World Cup playoff penalty shootout win over Uruguay in 2005 said the successful screening of a replay of that match last week had shown there is no lack of support for football in the country.

"It's now a time that we have to stick together and work together to get through it and come out the other side even better," Aloisi told AAP.

"There's a lot of people that support our game but now it's up to us to work together."

The biggest challenge for the code going forward is handling the uncertainty around a likely resumption of the A-League.

The FFA's April 22 review date seems too soon for the competition to go ahead with travel restrictions and other government measures still in place to stop the spread of COVID-19.

A long hiatus will put pressure on clubs, particularly if Fox does pull the pin on their broadcast deal.

Aloisi is preferring to take an optimistic view however, expressing hope the crisis can be seen as an opportunity to revamp the flagging national competition.

"Let's be honest the A-League has been at a bit of a crossroads in recent times with the crowds, with the level, with the people interested in the game," the ex-Brisbane Roar coach said.

"It's an opportunity possibly to restart it and get it to a level that everyone wants it to get to. Let's hope that we can." 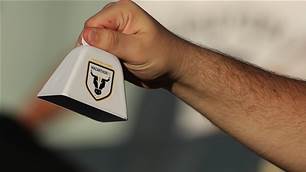 What did you miss from week two? 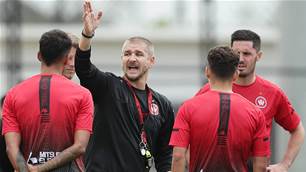 'It takes a big man to walk away...' - Wanderers coach ready to face Jets' heat