In Germany Mathew Leckie was an unused sub for Hertha Berlin as they lost 1-0 to newly promoted side Union Berlin. Hertha are just four points from the relegation zone with game time for Leckie at a minimum.

Brandon Borrello got some Bundesliga minutes as an 88th minute substitute for Freiburg in a 2-2 draw with Werder Bremen. 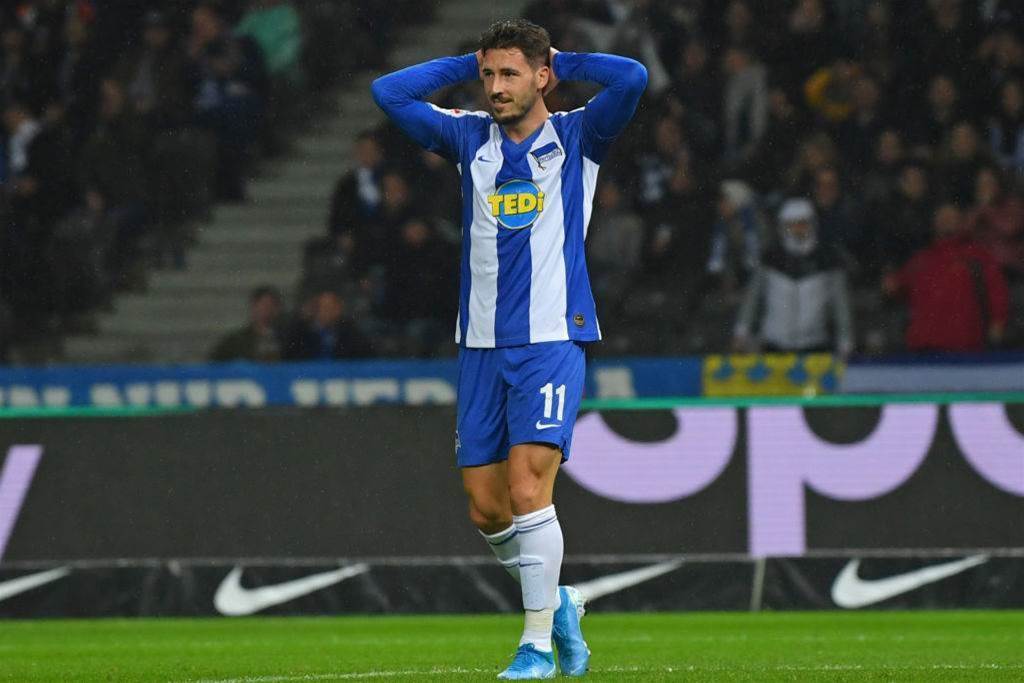 Mathew Leckie has made only three Bundesliga appearances this season: Image - Getty

John Iredale has suffered a foot injury and was absent for Wolfsburg II's 0-0 draw with Hannoverscher SC. Jacob Italiano played 80 minutes and scored for Borussia Mönchengladbach II while Christian Theoharous started and played 56 minutes in their 3-2 win over TuS Haltern.

Jacob Young played 15 minutes off the bench for Hoffenheim II as they smashed Freiburg II 7-0.

In Denmark, Awer Mabil played 66 minutes as FC Midtjylland beat Aalborg 1-0 away from home. Zach Duncan was withdrawn after 33 minutes while Mustafa Amini and Alex Gersbach were absent for AGF in a 1-0 win over Nordsjællend.

In Austria James Holland and James Jeggo went up against each other as Holland's LASK defeated Jeggo's Austria Wien 2-0. Holland played a full 90 minutes while Jeggo was subbed off after just over an hour.

In the Netherlands Ajdin Hrsutic played 72 minutes as FC Groningen beat Willem II 2-0.  Dylan Ryan watched on from the bench as Willem II U21 defeated Quick DH 4-0. Declan Lambert played 90 minutes as left back while brother Ryan Lambert was an unused sub for Den Bosch in a 1-1 draw with Helmond Sport.

Daniel Bouman missed two opportunities to make his professional debut for SC Cambuur as he watched his side beat GOES 5-0 in the cup and draw 0-0 with NEC Nijmegen in the league.

In Croatia Anthony Kalik was an unused sub for Hajduk Split as they lost 2-1 away to HNK Gorica. Deni Juric played a full game for NK Rudes as they defeated Sesvete 2-1 away.

In Cyprus Apostolos Giannou played another 90 minutes for AEK Larnaca, coming away with a 0-0 draw away to strong opponents APOEL Nicosia.

In Turkey Aziz Behich was second fiddle to Gael Clichy for Basaksehir's 2-2 draw with Trabzonspor and 0-0 draw with Alanyaspor.

In Bulgaria Tomi Juric was absent for CSKA Sofia in a 4-0 win away to Etar.

In Finland Dylan Murnane played 90 minutes as his IFK Mariehamn lost the final leg of the Veikkausliga Grand Final 3-1 on aggregate to FC Honka.

In Switzerland Liam Chipperfield played 67 minutes for FC Basel U18 as they defeated FC Sion U18 2-0 away from home.