In Japan Ange Postecoglou has moved closer to the J-League title with Yokohama F Marinos' 2-1 win away to Sagan Tosu. In third place, Yokohama are a point off top spot with four matches remaining.

In Saudi Arabia Craig Goodwin won a penalty and scored but unfortunately Al Wehda couldn't snatch any points, going down 3-2 to Al Raed. Brad Jones kept another clean sheet for Al Nassr in a 4-0 win over Abha.

In Korea Adam Taggart played the second half and Terry Antonis played a full 90 minutes in Suwon Bluewings' 0-0 draw with Seongnam. Rashid Mahazi was withdrawn after 62 minutes in Incheon United's 2-0 loss to Jeju United.

Bernie Ibini made a comeback for Jeonbuk Hyundai in a 2-0 loss to Daegu FC while Jason Davidson was unused by Ulsan in a 1-0 win over FC Seoul.

In Uzbekistan Steven Lustica played 77 minutes for Qizilqim in a 1-1 draw with Metallurg.

In the MLS Brad Smith played 88 minutes as Seattle Sounders accomplished an enormous feat. His side beat LAFC 3-1 away from home to qualify for the MLS Cup Final against Toronto FC next Monday. 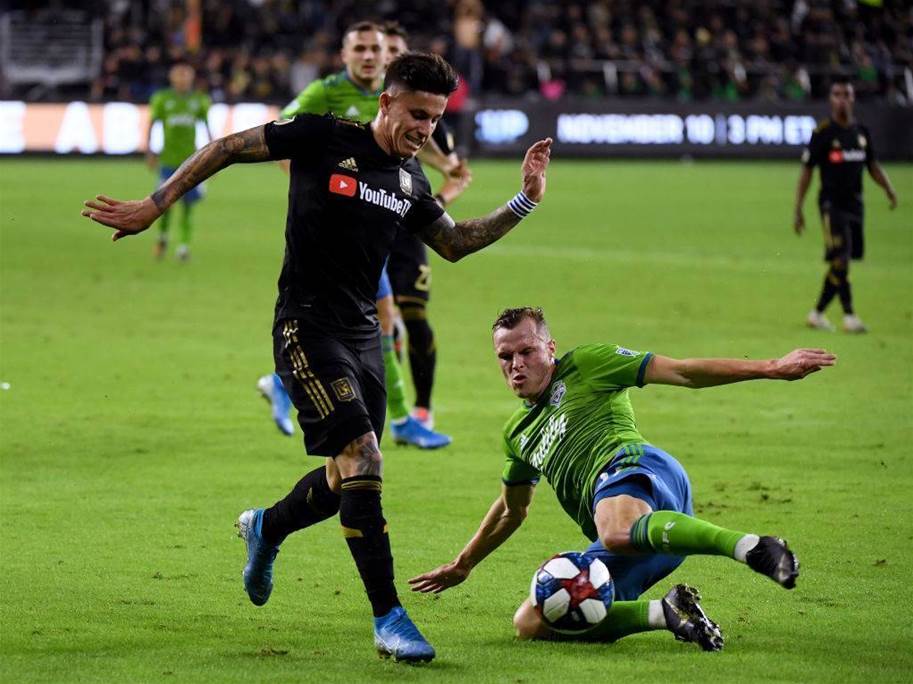 In South Africa Kaizer Chiefs progressed to the semi-finals of the Telkom Knockout Cup as they beat Orlando Pirates 4-2 on penalties after a 2-2 draw. Kearyn Baccus was absent for the Chiefs.