The DT38 Foundation has become one of Australian football's finest off-field achievements, fundraising and raising awareness about testicular cancer across Australia and England, where it had drawn consistent support from Tombides' former club, West Ham United.

It's fitting that the Australian striker, who could have been a Premier League hero, has left such an enduring legacy nonetheless.

But often overlooked is just how unique Tombides' combination of intellectual, physical and technical abilities was. Both the person, and the footballer, he had already become by the time of his eventual death aged just 20-years-old.

Despite suffering the early stages Tombides starred for Australia in the 2011 U/17 World Cup, leading the Joeys to the knockout stages. His 2011 World Cup coach, Jan Versleijen, told West Ham and Optus Sport that Tombides was Australia's answer to the most enigmatic footballer of the 21st century.

"If you compare, I’d say he was more a type like (Zlatan) Ibrahimovic. The same style, and also a bit in his attitude, in a positive way," he said.

“Tall, technically good, held the ball, left and right-footed, could make runs in behind the defence and came into midfield to setup attacks and make combinations. He was very complete.

“Very self-confident. I will not say arrogant, but positive arrogant. That kind of quality you need to be a striker. He may have failed on three actions, but doesn’t matter, the fourth time he’d succeed.

“He had all the characteristics of a striker that was very confident in himself and he showed it on the field. The goal he scored was fantastic – any other player would’ve shot, but he pulled back the ball with his right and shot with his left.

“He was versatile, could play any position. Nowadays if you look at the style of number nine’s (strikers) he would be very good – he wasn’t only a scorer, he could link up, dribble. And he was quite tall but also had speed.

“He could be annoying when you had training or games and things didn’t work out like he wanted,” he said. “It was not disrespectful towards his teammates, it was because he wanted to be the best and he expected the best from others. That’s a very positive attitude for a professional footballer.

“I remember that and appreciated about him, and even towards the coach he has an opinion. I don’t mind if players have an opinion if they can justify it. You could have a really good chat about football and situations with him. Compared to the others, he was already a few steps ahead.

“He was very mature in his way of playing, had very good skill. Also with his personality he had the right characteristics to be a professional. He could thrive in a professional world.”

“Everyone was talking about this player ahead of the Under-17 World Cup and how much better can he be than everyone else. He stood out from the rest of us – he was mature, there was a reason he played for West Ham,” Mauk continued.

“At training he was good. In games he stood out from everyone else. He was by far our best player and best on the field against Ivory Coast and Brazil. It was not a one-man team but he was our main threat."

The end of Tombides' career was ultimately characterised by his personality, rather than his skill, and a level of strength so overwhelming that it could even exceed his footballing abilities.

He played for West Ham under Sam Allardyce and then travelled to Oman, despite chemotherapy, and played every game of Australia's AFC U/22 Championships.

“He was one of the bravest characters I have ever met. Football was his life and he didn’t miss a day’s training even when he wasn’t fit enough to train because of his treatment,” Allardyce said.

“He had an incredible hunger for life and put up such a great fight to try and live and continue to play football.”

“Three years after Mexico (U17 World Cup), many of us were shocked he was coming to Oman. You weren’t sure what he was going to be like. He had the same confidence and ability and it was great to play with him again,” Mauk said.

“I’m sure he was feeling like shit but he hid that from us and went about it like any other player. Apart from the physical aspects and the hair (loss), you wouldn’t have known, he just wanted to be another 19-year-old and he got to live out another brave memory.

“I don’t think anyone saw what came shortly after. You thought he was getting better. So sad for him and his family first and foremost, but also for football.” 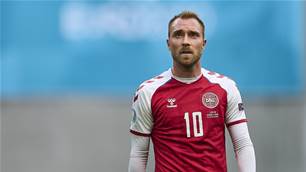