Sven-Goran Eriksson's return to Eastlands turned sour as Aleksandar Kolarov wrapped up a 4-2 replay win for Manchester City to send them through to an FA Cup fourth-round clash with Notts County.

Eriksson's Leicester put up a brave fight but were undone by two goals in 90 seconds from Patrick Vieira and Adam Johnson towards the end of the first half that put Roberto Mancini's men in full control.

Carlos Tevez had put City ahead early but the Foxes responded with Paul Gallagher equalising from the spot and Eriksson's confident side briefly looked capable of causing an upset.

Tevez missed a second-half penalty after being tripped by Jack Hobbs in the box and, although Lloyd Dyer gave the visitors hope, Kolarov wrapped up City's win late on with a neat finish.

Mick McCarthy's Wolves posted a comfortable 5-0 win over Doncaster although the scoreline did little justice to the npower Championship side.

Billy Sharp missed an early chance when he shot straight at Marcus Hahnemann and Wolves soon made Rovers pay with Steven Fletcher firing home to give the home side the lead at the break.

Geoffrey Mujangi Bia's first goal for the club just past the hour mark broke Rovers' resistance, then Kevin Doyle added his side's third when he fired past Neil Sullivan off the right-hand post.

Substitute Matt Jarvis slid home Wolves' fourth and the one-sided victory was complete in stoppage time when David Jones met a Jarvis corner to sweep the fifth past Sullivan.

Wolves will now meet Barclays Premier League rivals Stoke at Molineux in the fourth round after two extra-time goals from Jon Walters gave Tony Pulis' men a 2-0 win over Cardiff.

With both teams fielding weakened line-ups, chances were at a premium in normal time with neither goalkeeper having to pull off any serious saves as the game drifted into the extra half-hour.

Walters opened the scoring two minutes into the extra period when he headed home a Michael Tonge corner, and added his second six minutes from time when he nipped in to score from close range. 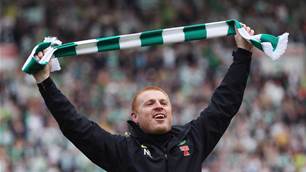 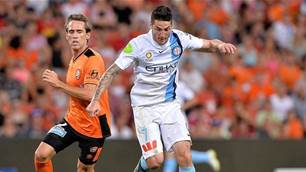 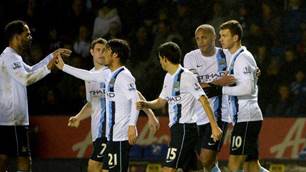