Wales manager Chris Coleman insists that star player Gareth Bale was not fit enough to play during their 2-1 loss to Macedonia.

Ivan Trickovski fired the hosts into the lead in Friday's FIFA World Cup qualifier and although Aaron Ramsey equalised from the penalty spot, substitute Aleksandar Trajkovski scored the winner in the final 10 minutes as the world's most expensive player watched on from the bench.

The Real Madrid man has not played a match since appearing for Tottenham in a pre-season friendly in July and even though he was named as a part of the squad, an angry Coleman maintained that the 24-year-old was in no shape to make an appearance.

"It was nice to have him with us but you have to reach a certain level before you are considered. If there was any chance he'd have come on the pitch. It would have been ideal in the last 20 minutes - but he wasn't (ready).

"What part of he's not fit are you not listening to? Why bring him on if he's not fit? You think I would not have used him if he was fit?

"I don't mind what other people think. What I look at is the opposition. If I'm the opposition manager and Bale is on the bench, maybe it would affect his thinking.

"If he was fit he would have played. I spoke to him today, he is not ready. Simple.

"I haven't conned the supporters to say he might play. If there was a chance he would have played, but there wasn't. We can't take the risk. "

Coleman also dismissed suggestions that poor preparation played a part in the defeat after growing irritated when asked whether he would apologise for initially forgetting his passport.

He added: "To who (should I apologise)? What are you talking about?

"What you don't know is what we do day to day. If you stood around and watched us play you'd see what we do when we go away. It's next to nothing.

"All the work had been done. You make of it what you want. If we'd won you wouldn't make much out of it, but you will because we lost and that's up to you.

"We lost a game where we played very well." 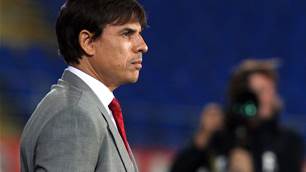 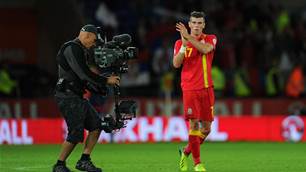 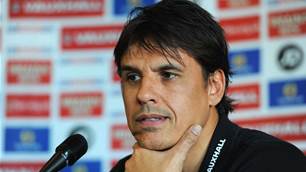