Neil Warnock appears to have English football's latest child star on his hands after John Bostock made history for Crystal Palace.

Bostock became Palace's youngest player ever - and the 17th youngest in the history of the English game - when he came on as a 72nd-minute substitute against Watford aged just 15 years and 287 days.

The midfieder was immediately in the thick of the action, charging into tackles, spraying the ball around and firing in a couple of shots to put some of his elders to shame as Palace chased the game.

And despite a 2-0 defeat - and the fact it was a school night - Warnock was delighted to have given Bostock his first taste of competitive action after receiving permission from the FA to field the England Under-17 international.

"I hadn't seen him before but I'd heard about him and I had him in training on Sunday after he came back from the England squad," said Warnock.

"He's big enough and he's good enough - certainly. There are a lot of young lads coming through here - there could be exciting times ahead even though it looks gloomy.

"I had to have a word with him at the end of the game because there was a bit too much showboating. But we'll keep his feet on the floor, he's a nice lad with a nice family and that's what Crystal Palace want.

"It's the way forward. Now we don't have the parachute payments anymore, so we have to bring people through.

"If you're good enough you get in. It's not a case of ruining the lad - he'll be in and out because that's what young lads are like. But he didn't look out of place."

Even before his debut, Bostock was thought to be on the radar of the likes of Chelsea, Liverpool, Manchester United and even Barcelona.

But Warnock is confident he can keep the big guns at bay and that Bostock's head will not be turned just yet.

"He's got a level-headed family. I had a similar case at Sheffield United and they weren't so level-headed. Pound notes outshone what you should do for your son," added the Eagles boss.

"But his father is very sensible and knows what is best for his son. He'll better off playing 100 games for us in two or three years than being 20th pick for Chelsea or Manchester United." 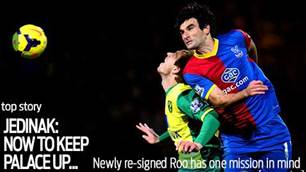 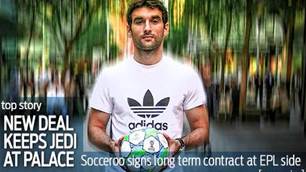 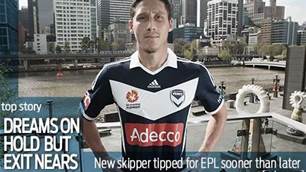