Hakoah triumphed in a nine-goal thriller which went to extra-time away to NSW NPL2 club Hills Brumbies, while South scored with the last kick of the game against Northern NSW NPL champions Edgeworth Eagles.

NSW NPL2 Bankstown Berries continued their dream run into the last 16 with a 2-1 victory over SA's MetroStars, while Sorrento's early goal was enough to edge ACT outfit Canberra Olympic in Perth.

South Melbourne have stolen a thrilling 1-0 win over Edgeworth Eagles in the FFA Cup Round of 32 at Lakeside Stadium.

Milos Lujic was the hero for South as he netted the last kick of the game well over the 90 minute mark. It was fitting, as Lujic was part of the South’s freak 4-1 comeback against Dandenong City which got them got into the Round of 32.

Neither team could be separated with Edgeworth ruing their missed chances after having clear cut shots on goal in the first half. 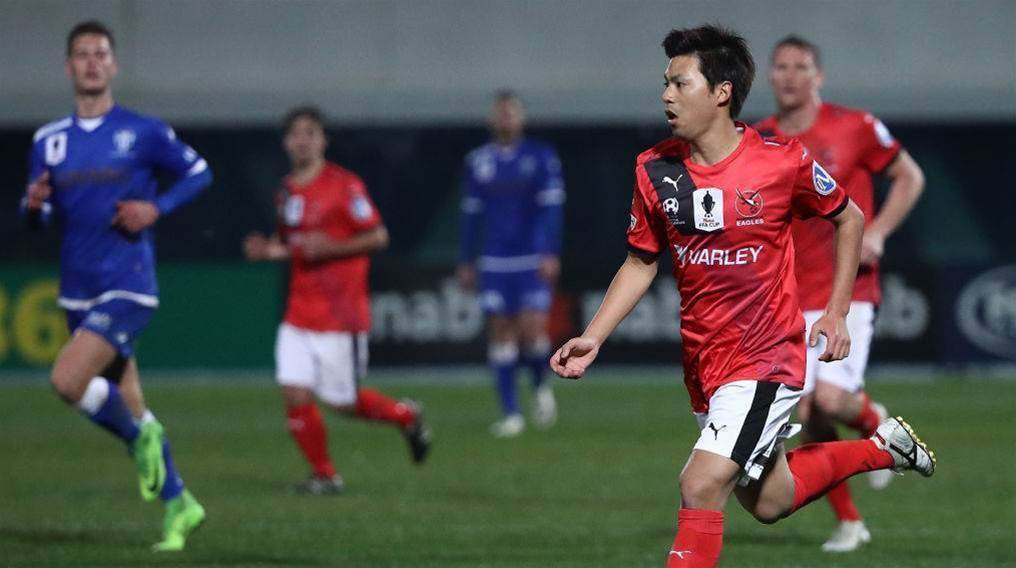 The first chance of the game came in the sixth minute when Edgeworth nearly hit the lead. A goalmouth scramble occurred when Daniel McBreen deflected Aaron McLoughlin’s shot into the crossbar which was cleared off the line by Jesse Daley.

Edgeworth continued to play deep in the first 20 minutes and Kieran Sanders had a free kick which was denied by Nikola Roganovic.

Minutes later the Eagles were pressing and managed to get a through ball to McBreen, but his final shot was comfortably dealt with by Roganovic.

On a cold night in Melbourne, despite the even play, Edgeworth had more clear-cut chances but went in scoreless.