In a Monday evening release on their website, Football SA announced that effectively all competitions under its jurisdiction would be suspended for 14 days to reduce infection or transmission risks amongst the South Australian footballing community.

National Premier League Senior, Reserves and Under 18 competitions, Women’s National Premier League Senior and Reserves, FFA Cup Preliminary fixtures, State League One and Two Senior, Reserves and Under 18 competitions, Women’s Division One through Six, Junior Premier and State League, and Mini Roos Competitions and Gala Days all will be impacted by the decision.

“This decision has taken into account the impact of the playing matches behind closed doors, the availability of teams, officials, volunteers as well as feedback and input from players, parents and club and association officials in relation to what is appropriate for their respective broader football community,” the release read.

Football SA has recommended that all club's training during the 14-day period also ceases in during the two-week hiatus, with the federation intending to use the period consult with South Australian clubs and associations, health experts, government and the FFA’s national framework on its next steps.

The FFA had on Monday morning announced procedures designed to mitigate the risks associated with the spread of COVID-19, including shortening the A-League season and staging all games from the professional to the grassroots level with only essential personnel.

"We have got 30 matches left, six competition rounds to go, it is our intent to compress the rest of that season," Greg O'Rourke said at a press conference.

"We have spoken to the clubs. And we're now speaking to the venues to see whether or not it's possible for us to complete those six rounds in three to four weeks.

"We will also have all our games behind closed doors.

"We think, at this point of time, that is a better solution ... rather than suspend it."

The FFA's decision, however, gave room for local federations to respond to unique circumstances on the ground in their own jurisdictions, with Football South Australia now becoming the first federation to take advantage of that statement. 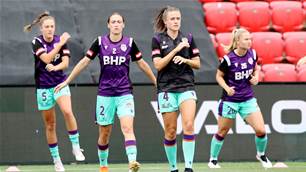 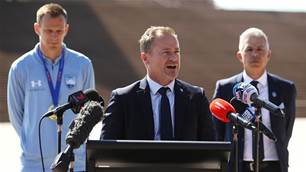 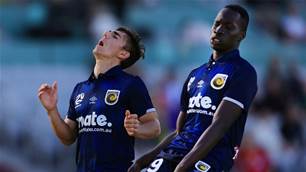