The United Arab Emirates have fired head coach Bert van Marwijk.  The former Socceroos top man has led the UAE to their current third placed position in AFC Third Round World Cup qualification Group A, outside an automatic qualification position.

With only 9 points after eight Third Round Group A games, the UAE will not automatically qualify for the 2022 FIFA World Cup in Qatar.  Iran and South Korea received the two qualification spaces in the group and confirmed their tickets in the last international window.

The UAE could still qualify through an inter-continental play-off.  However, they would have to do well against Iraq and South Korea, whom they have previously drawn and lost against this round.  They would also have to hope that no other nation overtakes them and claim their current third place position.

While the matchday 7 and 8 of the UAE's Third Round of World Cup qualification campaign was not disastrous, with the national team registering a win and a loss, it was too little too late for head coach Bert van Marwijk.

The failure to automatically qualify for Qatar followed a quarter-final exit from the FIFA Arab Cup in December after a 5-0 loss to hosts Qatar.

Van Marwijk was dismissed from his position this past weekend.  The UAE will now finish this qualification campaign without the former Netherlands and Socceroos head coach.

It was the Dutchman's second stint with the UAE national team, having returned to the position in December 2020 after a spell with the nation from March to December 2019.  His contract was set to conclude at the end of 2022 World Cup qualification.

Whomever the UAE appoint to succeed 69-year old will be the seventh manager since the end of 2017. 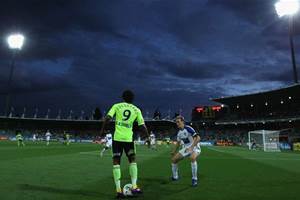 Perth Glory have announced that both their men's and women's A-League squads will be headed to Tasmania at the end of the month. 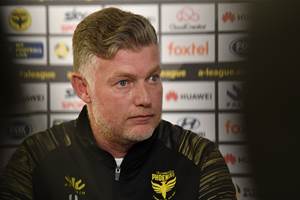 Talay target for A-League switch if Rudan flops at Wanderers

The spectre of Ufuk Talay is looming over auditioning Western Sydney Wanderers coach Mark Rudan, with the Wellington Phoenix mentor expected to take charge at Wanderland next season unless there’s a huge A-League turn-around in the ailing club’s fortunes.