A number of Australian goalkeepers have thrived in British football over the years – Mark Bosnich, Mark Schwarzer, John Filan, Adam Federici and most recently Mat Ryan.

Young Jaimie Cogman is hoping to be the latest off the Ausssie production line to follow in that trend. The 17-year-old has linked with Championship club Cardiff City after impressing on trial last year.

Despite his tender years, the teenager has already played for City’s Under-23s and has trained with the first-team.

The Sydney-born, Brisbane-raised talent, who was once a member of Brisbane Roar’s academy, is enjoying the intensity and professionalism at the Welsh outfit.

“At the start I was really coming in with no expectation, it was just good to try a new experience and see how it all went. But it’s far exceeded what I thought I was going to do.

“I’ve had a couple of league games for the Under-23s and a couple of pre-season games at the start of the year.

"Towards the end of the season I was training with the first-team on a weekly basis, which was really good.

“I was really happy with it. Training-wise it’s similar but the advantage the boys have in the UK is it’s full-time. So that’s the only thing you really have to focus on.

"You’re going in everyday knowing you’ve got football, whereas at Brisbane Roar obviously I still had to go to school a couple of times a week and then in the afternoons.

"So the level of professionalism is a bit higher here.”

Cogman grew up in the Queensland capital and spent four years with NPL club Brisbane City.

He then had two years with the Roar youth side before being invited to trial with the Bluebirds Under-18s. 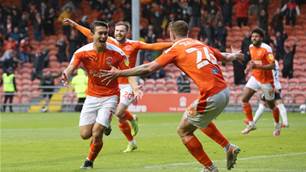 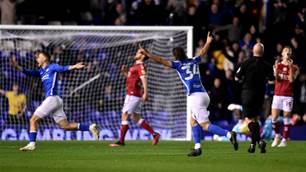