But like a real fan, Gedling isn’t giving up on his team, his club, and his state.

Why? Because there’s always next year, and in Perth Glory’s case, an Asian Champions League and an A-League. And an FFA Cup.

As fans, there's always hope for a brighter future.

He shares his thoughts with us five excruciating days after the crushing penalty shootout loss to Sydney FC at Optus Stadium where over 56,000 fans witnessed the A-League finale for Season 2018/19. 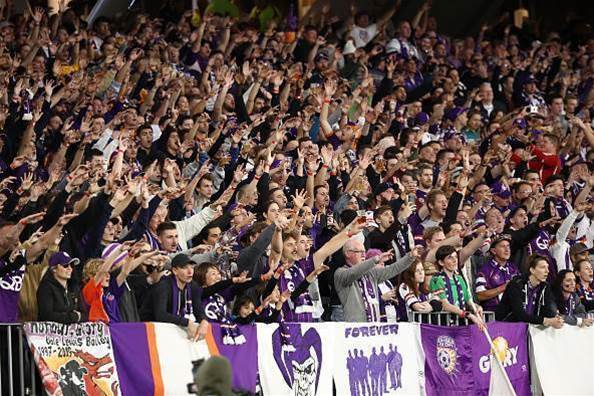 “Last weekend for Glory supporters was a celebration and a chance to further reconnect with the history that rusted us on to the club; joined us at the hip.

“Among the ‘true believers’ were many of the old tops sporting old sponsors, players or brands like Kappa.

“Many shirts had looked like they had been given their first dose of fabric softener in some years.

“All were on the same side though coming from tributaries around the area and flowing in a mass across the Matagarup bridge and from the Casino side and Merrywell complex.

“We told each other 'This was it'.

The atmosphere was electric with the active end in fine voice.

“Excited kids and adults alike finding their seats around the ground as the shining new capital of Perth sport filled to capacity.

“The pocket of Sky Blue at the other end reminded me of the many who went over for Glory’s Grand Final in 2012 against Brisbane Roar at Suncorp.

“It was finally sinking in this was happening after being like a beaten dog for so many years.

“The buzz of the place!

Glory get Brad Jones back for Saturday's A-League match