“A lot of us went back to bars nearby trying to force some mirth down our throats.

“Sickie plans were devised through the brain fog.

“Kenny Lowe held court in one section of the Luxembourg-sized Camfield Bar.

“Scott Sainsbury (father of Trent) offered advice to those grieving over the resulting reminding them that to just enjoy life. 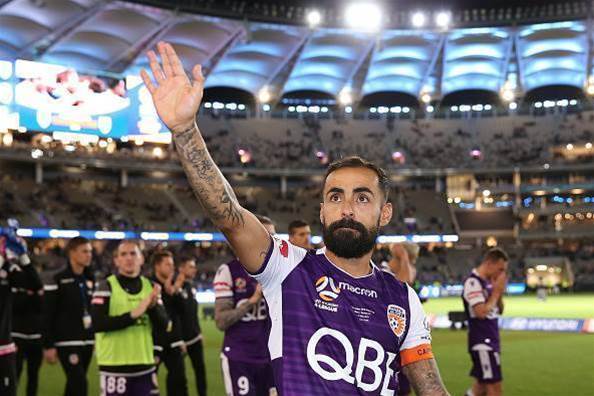 “Some fans lasted a pint as the night went on, some three.

"The fall out from Sunday for fans was something like that 80s nuclear war disaster film 'The Day After'.

“This is now the nuclear fall out of a gutting loss.

“Eventually some of us this week who have survived are emerging from the rubble maybe missing some skin.

“Some of us will recover and some will have scar tissue. Some will not be back again for some time.

“I’d say 99% of this season has been positive and that cannot be taken away from us.

“We finished top of the league by a big margin. We were a penalty shoot-out away from taking the championship to add to the premiers plate.

“We are in Asia. We will strengthen our squad more than anything.

“Even beyond that, the bigger picture is one of forgiveness. Club owner Tony Sage has admitted deficiencies and put in place the ’Tonys' to implement the changes that have brought a new purpose and culture that has saved the club.

“This was started by Peter Filopoulos the former CEO who came when the club was at its lowest ebb.

“The future will be purple again and we will hopefully drag the sport in this country kicking and screaming with us to a new level.