“The following 120 minutes saw the excitement fade into a tense malaise. The stadium seemed to breathe in and out at times as the game went end to end.

“VAR reared its ugly head and for once was on the side of the Perth.

“Glory couldn’t find a way through, Sydney was stoic at the back dodging deserved bookings with Graham Arnold's fingerprints still all over this squad.

“Rhyan Grant played the pantomime villain with a mullet similar to the recently and dearly departed Adrian Cervinski, who had played the same bad guy role at Subiaco in 2000 for Wollongong Wolves.

“Both coaches made the subs searching for an advantage. We as fans tried to take it all in but it all seemed to be flashing before our eyes.

Re-assuring ourselves, 'This was it'. 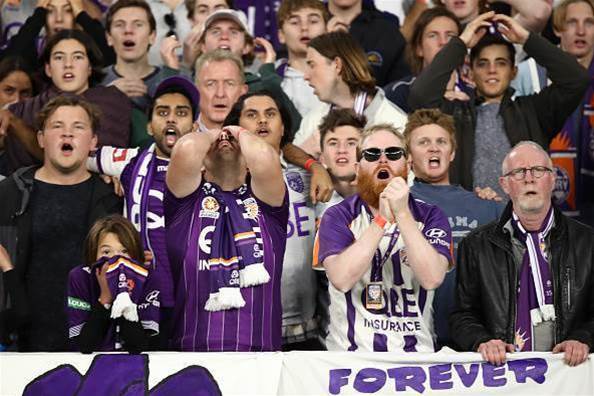 “To penalties, it came and hubris got the better of the Glory this time.

“The panenka from Brendon Santalab would have been seen as brilliant and game-changing if it came off.

“Instead it’ll be ridiculed and questioned for an age. Most of us cleared out once it was apparent we wouldn’t get losers medals after the game.

"It was too painful. No one booed which was nice.