The 22-year old had spent the totality of his professional football career playing in the A-League with Melbourne City.  The Tasmanian-born defender joined City's academy aged 15 and would make his senior debut in 2017.

Last season was a breakthrough campaign for Atkinson, one that concluded with him being named the grand final player of the match.  He followed this up with an inclusion in the Olyroos squad, featuring in two of Australia's Tokyo 2020 matches and then good form during the opening rounds of the 2021-22 A-League season.

Atkinson will now continue his career in the Scottish Premiership with Hearts, starting in January 2022.  Speaking about why they signed the Australian, Hearts Sporting Director Joe Savage discussed how his new defender is the type of player which the club are targeting:

“We’ve put a lot of hard work into making this move happen so we’re thrilled that it’s on the verge of being completed.

“We think he can go on to do great things and I’m sure the fans are really going to enjoy watching him in a Hearts shirt.”

“I’m delighted that we’ve got Nathaniel on board.

“He’s a really talented player and very highly thought of in Australia, so it’s a bit of a coup to get him.

“He’ll bring energy and ability to the team and the competition for places will raise levels throughout the squad.

“I’m really looking forward to working with him.”

The Australian will arrive at Hearts to a familiar face with Olyroo teammate Cameron Devlin having signed with the Jambos ahead of their 2021-22 season.  Devlin has settled well in Edinburgh, becoming a regular starter and fan favourite.

Atkinson will most likely also have the chance of becoming a regular starter in Neilson's side. Hearts' regular starting right-back Michael Smith has suffered from an ongoing back injury this season, with his temporary stand-in Taylor Moore not familiar with the position.

Grabbing the starting position will not be easy though.  Hearts are currently third in the Scottish Premiership, nine points behind second placed Celtic FC and are facing the pressure to continue with positive performances and keep their current Europa Conference League qualification position.

Atkinson has signed a three-and-a-half-year deal for an undisclosed fee according to Hearts.  Subject to visa approval, the defender could be available for Hearts' January 18, 2022 Matchday 21 game against St. Johnstone. 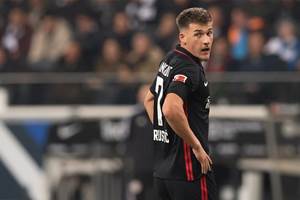 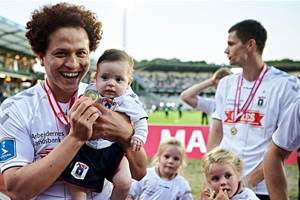