A CLASSY second half strike from Henry Fa’Arodo was enough to grab Altona a share of the spoils against AIS at Paisley Park on Saturday night.

Jason Naidovski had opened scoring for the visitors but they were unable to hold on to the lead.

The game opened timidly, both teams content to pass the ball around although neither team showed any great endeavour to get forward.

Although the opening stanza proved unfruitful on the scoreboard, both teams had settled well and the one touch passing on display highlighted the quality on the pitch.

The standard of passing on display was best represented in the 25th minute by the AIS.

A seamless interchange in the middle of the pitch released the speedy Kofi Danning down the right flank.

His pace took him past two defenders before cutting the ball back for Naidovski who duly slotted the ball past the hapless ‘keeper.


AIS continued to assert themselves from this point, and were unlucky not to find a second goal just before halftime.

Ivan Pavlak’s mazy run past three defenders saw him with just the keeper to beat, however Bojo Jevdjevic made a fine save to ensure scores remain at 1-0 at the break.

Following the change of ends, the AIS continued to press for a second goal and almost found one in the 60th minute.

Danning was released on goal following a neat interchange of passes between himself and Naidovski, however his low drive was well saved by the legs of Jevdjevic.

Although the AIS had controlled the early running in the second half, the Magic had done well to stay within striking distance of the boys from the capital.

The hard working Altona midfield continued to push tirelessly in the pursuit of an equalising goal and were duly rewarded for their efforts in the 75th minute.

A superb thru ball from midfield released the ever-present Fa’Arodo into an acre of space and with just the keeper to beat, he clinically fired the ball into the back of the net to tie up the game at 1-1.

However it would seem that neither team was willing to settle for a draw.

Firstly the AIS had its chance to snatch a winner in the 80th minute, Danning then Nadovski both cruelly denied by the uprights following a goal mouth scramble.

Just five minutes later the Magic had their chance to snatch a late winner, substitute Nicholas Kalmar’s shot brilliantly saved by Mark Birghitti, to leave the scores level at the final whistle. 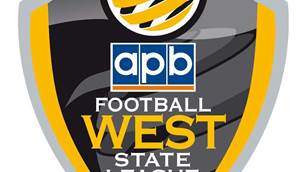 Top Spot In The West Still Up For Grabs 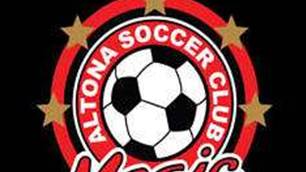