The former youth international follows in the footsteps of Socceroo Jackson Irvine, who enjoyed a successful spell with the Brewers too and also picked up the Player of the Year award in 2017.

Edwards has enjoyed two successful seasons with the Staffordshire side, racking up 75 appearances in black and yellow since his arrival from Hearts. His performances in midfield have helped the Brewers solidify their place in League One, scoring one goal and setting up a further two this season, to leave his side sitting in 16th with one game to play.

The former Reading, Perth and Partick Thistle man has clearly won the hearts of Brewers’ fans during his time at the Pirelli Stadium, as season ticket holders, sponsors and Vice Presidents came together to name him Player of the Year by some margin, the Aussie emerging as the runaway winner with almost half the votes.

Speaking to the club website, Edwards said: "I'm very, very shocked, but also very happy. It's the first time in my career to win both of these awards.

"The Players' Player is one you hold close to your heart, to have your efforts recognised on the pitch by your teammates. It's really great.

"Getting Player of the Year from the fans is really pleasing to win as well. We've missed playing in front of the fans this season so for them to pay out of their own pocket, and Season Ticket holders, to watch us on iFollow, it means a great deal to me personally and to the players in the changing room."

He also released a further statement on his personal social media accounts.

Edwards’ future is currently up in the air, as his initial two-year deal is set to expire at the end of the season. 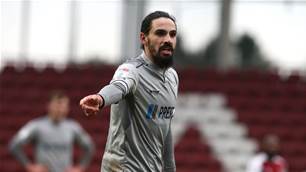 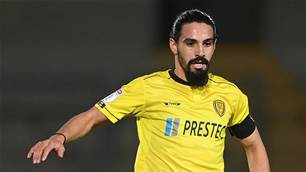