Yesterday FTBL revealed how the FFA were openly critical of the Queensland government for refusing to build a mid-sized boutique rectangular stadium in Brisbane for football.

How the FFA hope their dream of a new Brisbane stadium will happen...

They said the size and cost of Suncorp Stadium was hurting the A-League and even limiting the number of international games that could be played in Brisbane.

And they said their ideal solution could have been an A-League expansion club like Western United coming in with plans to build their own stadium.

But in the final days of the window to pledge interest in bidding to join the A-League, plans WERE unveiled for an ambitious revamp of the Strikers' home stadium Perry Park. 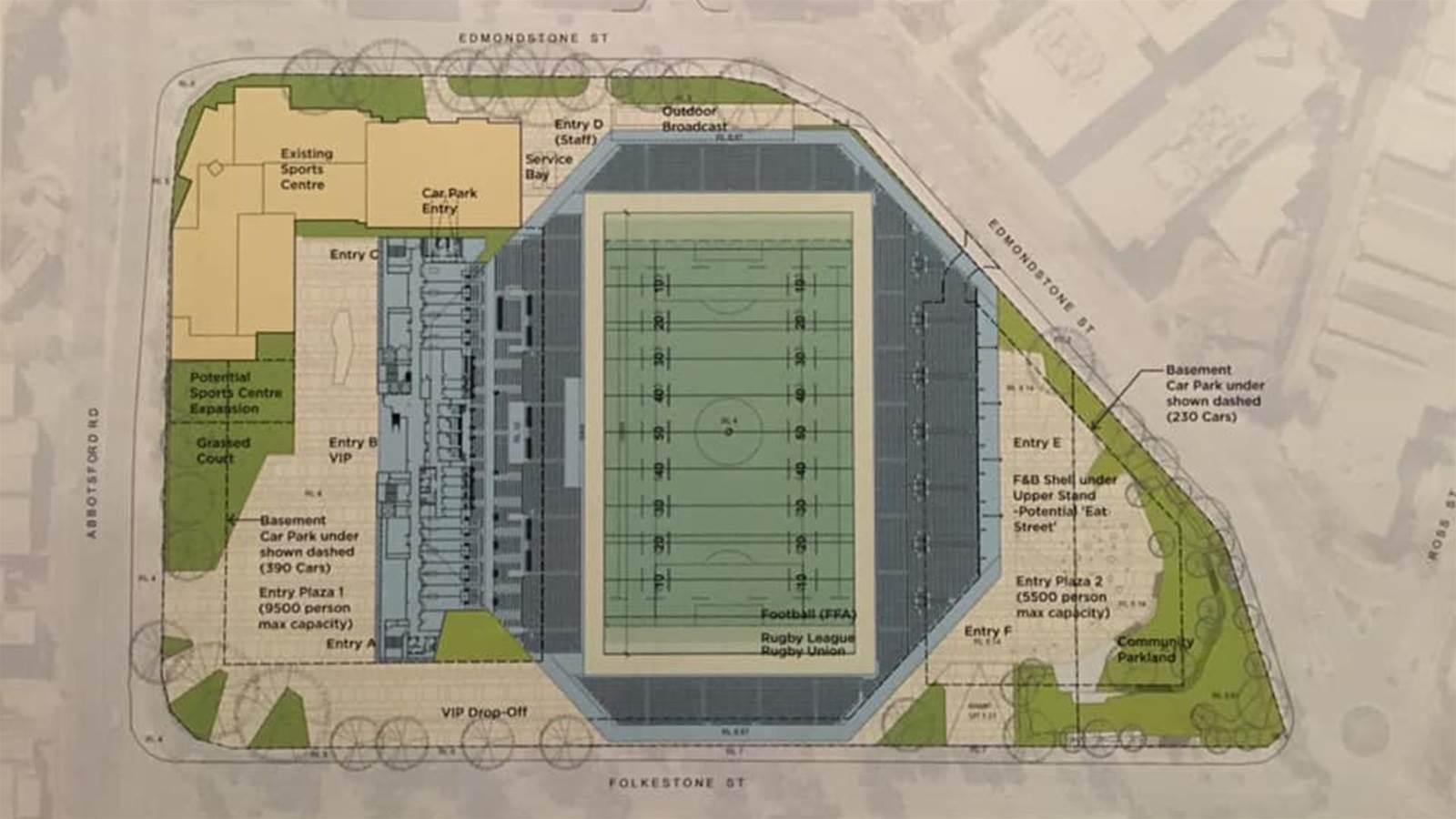 The blueprints ticked every box for the FFA's ambitions with a 15,000-seater capacity and modern facilities that could also be used by rugby league and rugby union.

However the plans got shelved when it became clear how much the FFA were looking for from bidders to purchase a new A-League licence – and the $12-15million price tag expected by the FFA killed the bid before anyone could even begin to cost the Perry Park upgrade.

"It got too rich for our tastes," admitted Strikers' chairman Brice Atherton-Evans today. "Our investors did not see the value in going forward with the process."