ALI Al Habsi preserved three priceless points for Wigan with a stunning late save to deny Ryo Miyaichi and will now lead his team back to his homeland in a bid to boost their unlikely survival mission.

The Latics goalkeeper is Oman's only top-flight footballer and as such is feted in the gulf state, where the Wigan squad will head this week for a mid-season break and a friendly against Al Habsi's national team.

It is a rich reward for the in-form former Bolton reserve, who stretched to his left to tip Miyaichi's 85th-minute drive round the post and seal a 2-1 win over Bolton that pulled his team within sight of safety.

Wigan boss Roberto Martinez said: "Ali is a big figure in Oman and we are extremely proud to go there and get away from the cold weather and use it to prepare for the Aston Villa game.

"Ali has been like that all season for us. In key moments he keeps us in the game. The way Ali is starting to work on his distribution, he is taking his game to a different level and is a key asset for us."

Wigan fashioned their crucial derby win on the back of a dominant first-half performance which was capped when Gary Caldwell rose above a static Bolton rearguard to nod home a 43rd-minute opener.

Boosted by the half-time introduction of impressive Arsenal loanee Miyaichi, the home side rallied with David Wheater driving a shot at Al Habsi before Mark Davies grabbed a dramatic 67th-minute leveller.

Adam Bogdan's long goal-kick deflected off the shoulder of David Ngog and fell to Davies 20 yards out, and he responded by crashing a rising shot past a helpless Al Habsi into the corner of the net.

But Wigan's fears of a Bolton comeback proved unfounded. After a brief revival by the home side, the Latics resumed control and snatched back the lead in the 76th minute after more home failings.

Sam Ricketts' attempted clearance let in the lively Victor Moses, whose drive was blocked by Bogdan but rebounded helpfully for James McArthur to prod home his second goal in three games.

Bolton boss Owen Coyle described Miyaichi's debut as "outstanding" and must hope the Japanese player will have the same kind of impact as another loan player, Daniel Sturridge, at the tail end of last season.

But on the evidence of their loss to their closest rivals, the Trotters' mini-revival has ground to a halt and with consecutive away games at Chelsea and Manchester City to come, things look bleak.

Goalscorer Davies believes his side's good record against top clubs means they can approach the games with confidence. He told Bolton's official website: "We have to move on and we can't dwell on it.

"We know we've got some difficult away games to come but we've shown that we can get points against Arsenal and Liverpool. We'll go to Chelsea and Manchester City and make sure we play well.

"I'm happy with my goal but it doesn't mean anything because we lost the match. It was three points we needed and it cancels out some good results in the last few weeks, and that's the most disappointing thing."

Despite still sitting at the bottom of the table, things are beginning to look distinctly brighter for Wigan and in the emerging McArthur, Martinez believes he has found a player who typifies his side's fighting spirit.

"James has been a fantastic example over the last three years," said Martinez. "He has come into the side and done really well and he enjoys the challenge. I am pleased he will get the credit he deserves." 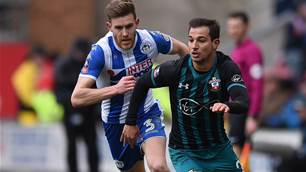 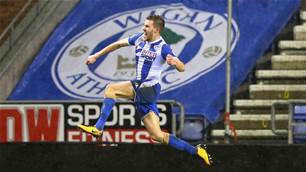 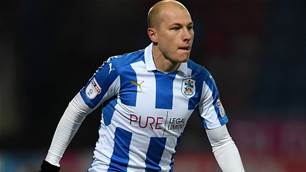 Mooy strike not enough for Huddersfield