Aaron Mooy may be struggling to get game time in the English Premier League but even being on the bench hasn't dampened his quality with the Socceroos.

Australia beat Kuwait 3-0 in the opening World Cup qualifier on Tuesday night (Wednesday morning) with two goals set up from the 28-year-old's pinpoint set-piece deliveries with the other rocketing home via his right boot.

Mooy has had minimal opportunities with his new side Brighton & Hove Albion this season, but Socceroos coach Graham Arnold had no doubts about starting the versatile midfielder.

"He's great, the passes that he sees and the things that he can do," Arnold said. "You just even look at the fact that two of the goals were from great delivery of set pieces.

"You know he adds so much to the team and he's a joy to coach." 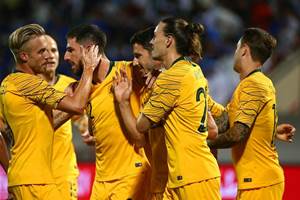 Mooy paired with youngster James Jeggo in the Socceroos midfield and their solid partnership largely allowed Jackson Irvine to run the game, while providing excellent service and tracking back to defend when needed.

He created more chances than any player on the field and could have grabbed a brace in the 53rd minute.

After Mathew Leckie was brought down near the penalty semi-circle Mooy stepped up but his resulting free-kick was wide. 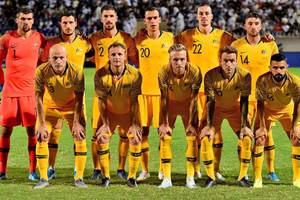 The midfielder also teed up Awer Mabil twice in the closing stages but the winger hit the side netting first and then couldn't get his lob over stumbling Kuwait keeper Sulaiman Abdulghafour.

Mooy's man-of-the-match performance on Tuesday night made it all the more baffling to hear that he is struggling to impress Brighton manager Graham Potter, although if he was watching the game he may have softened his views of the Australian. 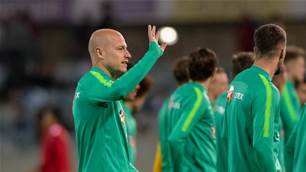 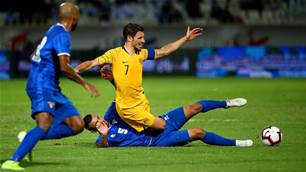 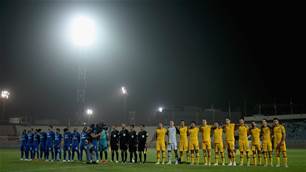