Nigeria's Ahmed Musa dazzled in the Volgograd heat as his second-half double secured a 2-0 victory over Iceland in Group D.

As temperature's reached 30 degrees in the Russian City, the pacey striker burnt holes in Iceland's back line, which began to crumble after half-time.

At the other end, it was Iceland's talisman, Gylfi Sigurdsson, who melted under the sun, missing a late penalty which would have set up a tense finish.

The Super Eagles grew in confidence as the match wore on and will now reach the knockout stages if they beat Argentina on Tuesday. 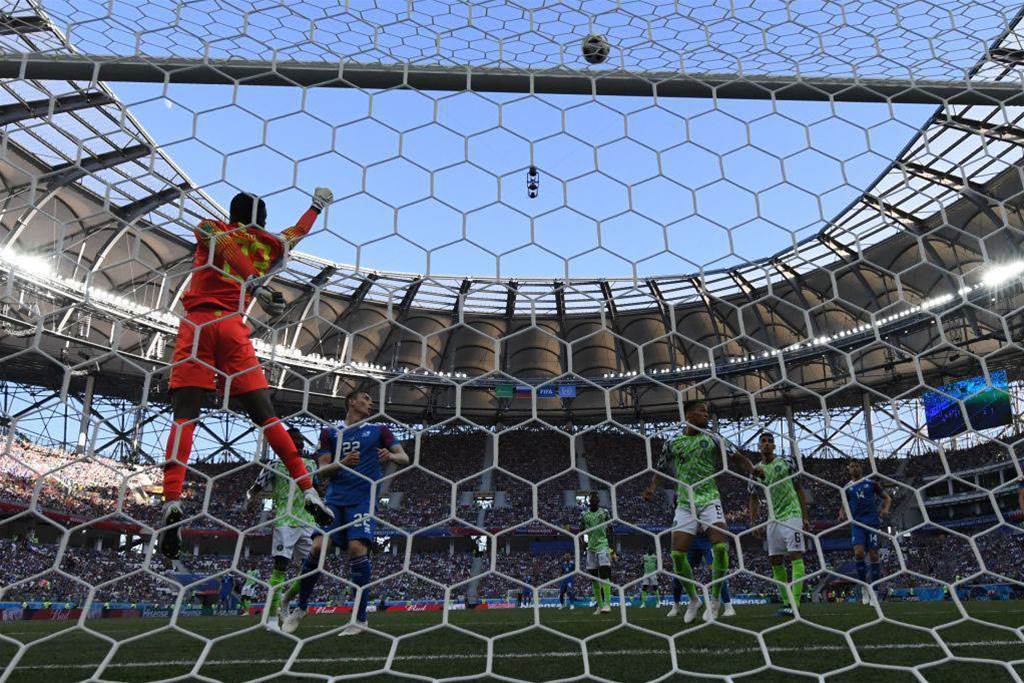 The 19-year-old keeper was not afraid to come off his line at set plays. Repelled some pressure by punching balls away.

Assured at the heart of a three-man defence. Showed controlled aggression to win the ball in the air and on the deck.

Solid at the back and his distribution improved as the match went on. His ball into the channel set up Musa's second goal.

Saw out his defensive duties in the left wing-back role but struggled to get forward. Subbed off at half-time.