Just three rounds into the A-League campaign and goalkeeper Jamie Young may have already pulled off the save of the season.

The reigning Golden Glove winner showed off his stunning reflexes in a double save to deny Perth striker Andy Keogh a brace.

Young’s moment of mastery left fans on social media gobsmacked in possibly the only bright spot from Brisbane Roar’s 2-1 loss to Glory on Saturday night.

Did we just witness the save of the season?

Post-match, self-confessed “angry” coach John Aloisi was matter of fact about his custodian’s heroics and more concerned about another slow start leaving the team winless in three.

“He’s a great goalkeeper and you expect that from him,” Aloisi said of Young post-match.

“When we got caught out a couple of times you call on your keeper (and) we know that he’s a good goalkeeper.”

At the other end Adam Taggart, returning to nib after his acrimonious split from the club in the offseason, clawed one back from the penalty spot in a late rally that saw Glory reduced to 10.

The A-League’s 2013/14 Golden Boot winner has scored both of Roar’s goals and Aloisi has no doubts the striker had plenty more in his boots. 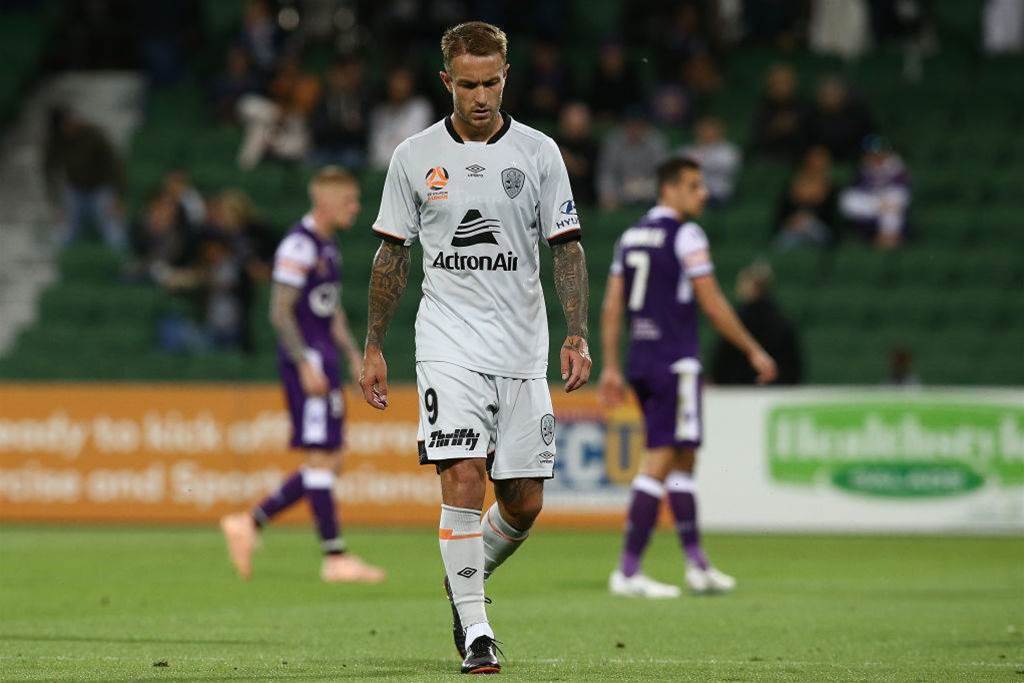 “We know Taggs can score goals, and he’s shown that,” he said.

“He didn’t have a lot of opportunities (last night). When it was his time he stepped up and scored. And we know that Stefan Mauk can score goals – he wasn’t here.

“We’ve got goals in us and we’ve created quite a few good openings over the three games, so we’ll score goals.”

His main strike weapon also took the heckling from home fans on the chin as Aloisi knew he would.

"Taggart’s a goal scorer," he said. "He’s a striker, he thrives on being the main player, in terms of you’re relying on him to lead the line and score goals.

"I had no issue if he was going to cope with this pressure because I know that he can. He’s going to get better as well. He assisted early on in the season, he’s got two goals so far but he’ll score a lot of goals for us."

It was far from the result captain Matt McKay was hoping for in his 250th A-League game. Aloisi said the solution was simple: “Put the opposition on the back foot and take the game to them early.”

The result leaves Roar with two draws and a loss from the opening rounds.

“We showed in the first three games we’re a good footballing team but you can’t give the opposition that time and space,” the coach added. “We should have had six points from the first two games, we know that.”