The Roar’s Spaniard was influential in attack, providing the key pass for Taggart’s second goal. Proved he could match it with the A-League’s most creative midfielders.

The 35 year-old’s experience shone through as he martialed Brisbane’s defensive unit, preventing City from gaining any significant foothold in the midfield. The Roar captain was replaced by debutant Wenzel-Halls in the 92nd minute.

Worked hard up and down the field, showed his technical ability on the ball. Used his lanky stature and foot-skills to great effect in holding up the ball, allowing Roar’s dynamic attack to get up the field and into dangerous positions.

The Dane was dynamic at left-wing, registering his best performance for the season so far, with exciting future prospects for Roar fans.

Didn’t see too much of the ball but provided a good link up with the Roar midfielders, and took his two chances with aplomb to give Brisbane the three points. Dislocated his shoulder for 30 seconds in the first-half, but was able to recover and register a man-of-the-match performance.

Was on the receiving end of a terrible challenge by Harrison Delbridge early on, but recovered to provide a pivotal creative spark in the Roar attack. Beat players one-on-one and put the ball on a dime for Taggart and Mikkelsen.

Made his Roar debut as a substitute for Mikkelsen in the 86th minute.

Made his Roar debut as a substitute for Roar captain Matt Mckay in the 92nd minute.

Fan favourite, Henrique, lacked polish as he turned the ball over multiple times. However his laziness was inconsequential as Roar held on to their 2-0 lead. 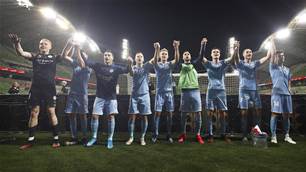 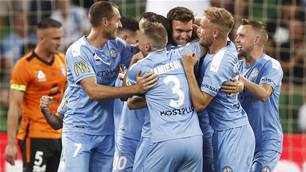