Arambasic follows in his father's footsteps, former NSL striker Zlatko Arambasic who also played for the Belgium side in the 1990s.  Marco's move to the KV Mechelen originated in August, when Hakoah FC allowed his release from his contract and helped with the transfer to the Belgium team.

According to Football NSW it was Arambasic's father's contacts who helped him secure the move to the European club.  Speaking to the the football association about his departure Arambasic said:

“Fortunately, K.V. Mechelen is an old club of my fathers, and he contacted the club a few months back.

“They then followed my progression during the recent NPL season watching matches via the live stream – they saw qualities in my game and offered me a trial.

“It was a case of training and playing trial matches, but I was thankful I got given the opportunity to sign a pro players contract at KV Mechelen until the end of the season with an option and will play in their second team, with the hope that I can ultimately sign a professional contract with their Senior Team in the future.”

“I am super proud of my boy.

“He has proved over the last year his capacity to adapt and play at a higher level in the NPL and now for K.V. Mechelen to take him on a professional contract validates to all of us here, who believed in him and his qualities.

"Professional contracts are very hard to come by these days for Australian players so to have seen him get this was huge.

“Belgium has a good reputation with players in recent years and an easy country to assimilate in culturally. He will be challenged as a foreigner to play ahead of locals, I know this, however, ‘Nothing good comes easy’.

Arambasic had played in 14 of Hakoah's NPL NWS 2 campaign this season, scoring 3 goals prior to the league's cancellation due to COVID-19.  He also featured in the club's FFA Cup loss in the seventh round of preliminary qualifications.

His new club Mechelen are currently fifth in the league. Arambasic will be playing with the second team. 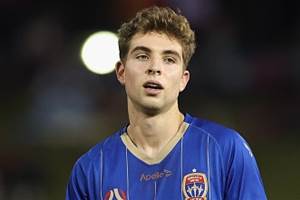