Former Socceroo and Celtic hero Scott McDonald is about to be unveiled as Western United's latest signing, according to reports in Scotland.

The striker was lethal for Celtic during his heyday, but was unable to find the back of the net in the Socceroos set up.

He was linked with a move to Western Sydney Wanderers in recent seasons but the deal fell through and he hung up his boots last year, only to come out of retirement to join Partick Thistle in the Scottish Championship.

McDonald, 35, scored six times since joining in February and played a key role in the Jags avoiding relegation.

His renewed lease of life has now paved the way for a triumphant arrival in the A-League with the competition's new boys.

Key Western United backer Lou Sticca was McDonald's agent during his Celtic days, easing the way for him to join the new Melbourne club, according to the Scottish Daily Record.

He is understood to be travelling to Oz overnight and will reportedly be unveiled at a press conference, possibly as soon as today. 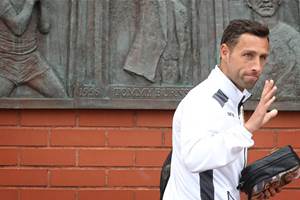 Former Socceroo Scott McDonald has admitted he's hung up his boots for good now – but quit the game with a final spray at some of his old bosses.

McDonald began his senior career with Gippsland Falcons in 1998 before a move to Casey Comets later led to the UK and a frustrating time under Gordon Strachan at Southampton.

After loan spells  with Huddersfield Town and Bournemouth, he finally left to join Wimbledon before a move north to spend three years with Motherwell where his brace on the final day of the 2006-07 season famously denied Martin O'Neill's Celtic a title.

Nevertheless he joined Celtic in 2007 and enjoyed his golden era, scoring 51 goals in 88 games before things went awry with a move back to England at Middlesbrough and Millwall.

His return to Scotland in 2014 proved fruitful though, knocking in another 39 goals in around 120 games for Motherwell and then Dundee United.

Despite the cobwebs from his enforced absence from the game, when he finally rejoined Thistle in February he still managed to average a goal every other game for the Firhill side. 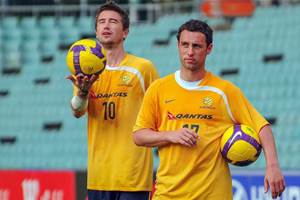 Now he'll be hoping to repeat that kind of hit rate at Kardinia Park next season, as against his joyless 26 games without reward for the Socceroos.

Last year when he announced he was quitting, he warned: "One of the reasons I’ve decided to leave the game is because people can’t deal with the demands any more. Everyone wants to be cuddled.

“The modern player wants  to be told how good he is and the modern manager needs tranquility within the dressing room. It’s getting ridiculous. Don’t tell me you’re trying your best, I want to see more from you.

“It seems like the game has gone a bit soft. The thing is, if you don’t have that fire in your belly to succeed you’re never going to be a winner.” 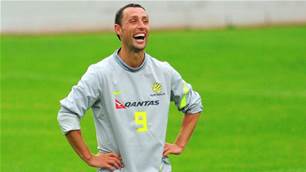 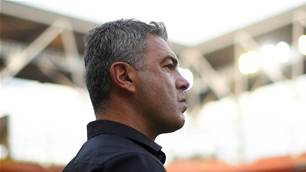 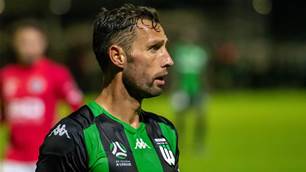 Scott McDonald on his way out? Those who know say no...