The last time the Socceroos played in Australia was on October, 10, 2019.  Their 5-0 victory against Nepal was won in front of 18,563 boisterous supporters at Canberra stadium cheering them on throughout the match.

Since then the Australian men have only played away from home.  The lack of home crowd has not necessarily hurt the Socceroos.  Last night's defeat to Japan marked the end of an incredible 11 game winning streak, a historic one for World Cup qualifying in men's world football.

The last seven wins of the streak either took place at a neutral venue or in front of no crowds, removing any supporter advantage to either team.  However, last night's away defeat occurred in front of 14,437 Japanese fans according to the official AFC match report.

Speaking to the media after the defeat, Socceroos Head Coach Graham Arnold attributed these supporters in Saitama Stadium as part of the reason for the Japanese win:

"I've watched Japan play the last three games without a crowd and their energy was nowhere near what it was tonight."

The Australian head coach later added: "We fought the crowd. We did very well.

"We got back to 1-1 and then the crowd noise, the energy, the crowd gave the Japanese players in the last 10-15 minutes really helped them get in front again."

Australia are next scheduled for a home match against Saudi Arabia.  Football Australia confirmed two weeks ago that they were in "advanced discussions with the NSW Government on-going so that this fixture can be played in Australia."

Head Coach Arnold, in the media brief post match, joined in and appealed for that home game to take place in Australia:

"I just really am reaching out to the NSW government and really appealing to them to help us on this journey for our World Cup pathway.

"I haven't been home for six months but now that NSW have vaccinated 80 per cent plus, we're still four weeks away from this game, they'd really help us by allowing fans into the stadium."

He later added: "I'm just really appealing to the government to help us on this journey to qualify for a World Cup.

"NSW is open now. Please help us, we need our crowd back."

As crowds begin to return to stadiums abroad and in turn bolster their teams during home games, the continuation of Australia's home games at neutral grounds abroad will remove a powerful toll in the team's arsenal with regards to what contributes to wins, the home fans.

At present one Australian football team is heading back home.  The Matildas are scheduled to take on Brazil on October 23 and 26, 2021 at the Commbank stadium, formally Bankwest stadium, in Western Sydney.

The matches have been given the green light by the NSW government after Football Australia proposed a comprehensive biosecurity plan  allowing for arrivals to bypass the mandatory 14-day hotel quarantine and instead remain in bubbles before games.  Arrivals will have no contact with the general public.

NSW has started to emerge from lockdown earlier on the week, with new freedoms for fully vaccinated residents coming into effect on Monday.  When November rolls around the state will have previously hosted two matches in front of home fans as well as players allowed in from abroad under to biosecurity plan.

With this precedent and the current direction of vaccination rates, Socceroos fans will be hoping that Arnold's calls for a home game will be answered. 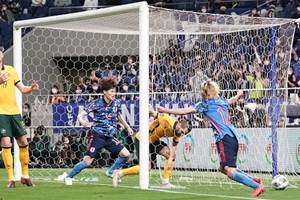 The full AFC Qualification schedule can be found using the following link.