But the definite trend of the second half was Bahrain’s dogged determination to find a winner that would keep their dreams of Olympic Qualification alive.

Able to absorb the majority of Australia’s forward attacks with relative ease, Al-Ahmar was clearly the most threatening side in the second half.

They should have taken the lead in the 85th minute when a free-kick floated into the area by Marhoon dropped into the path of both Hamad Al-Shamsan and Ameen on the edge of the six-yard box but, somehow neither were able to direct it onwards.

Australia threatened late when a long-range shot from Nicholas D’Agostino forced a diving save from Ammar Jaafar Ahmed in the 94th minute but, somehow, he put a headed effort from the subsequent short-corner routine wide of the goal with the last touch of the game. 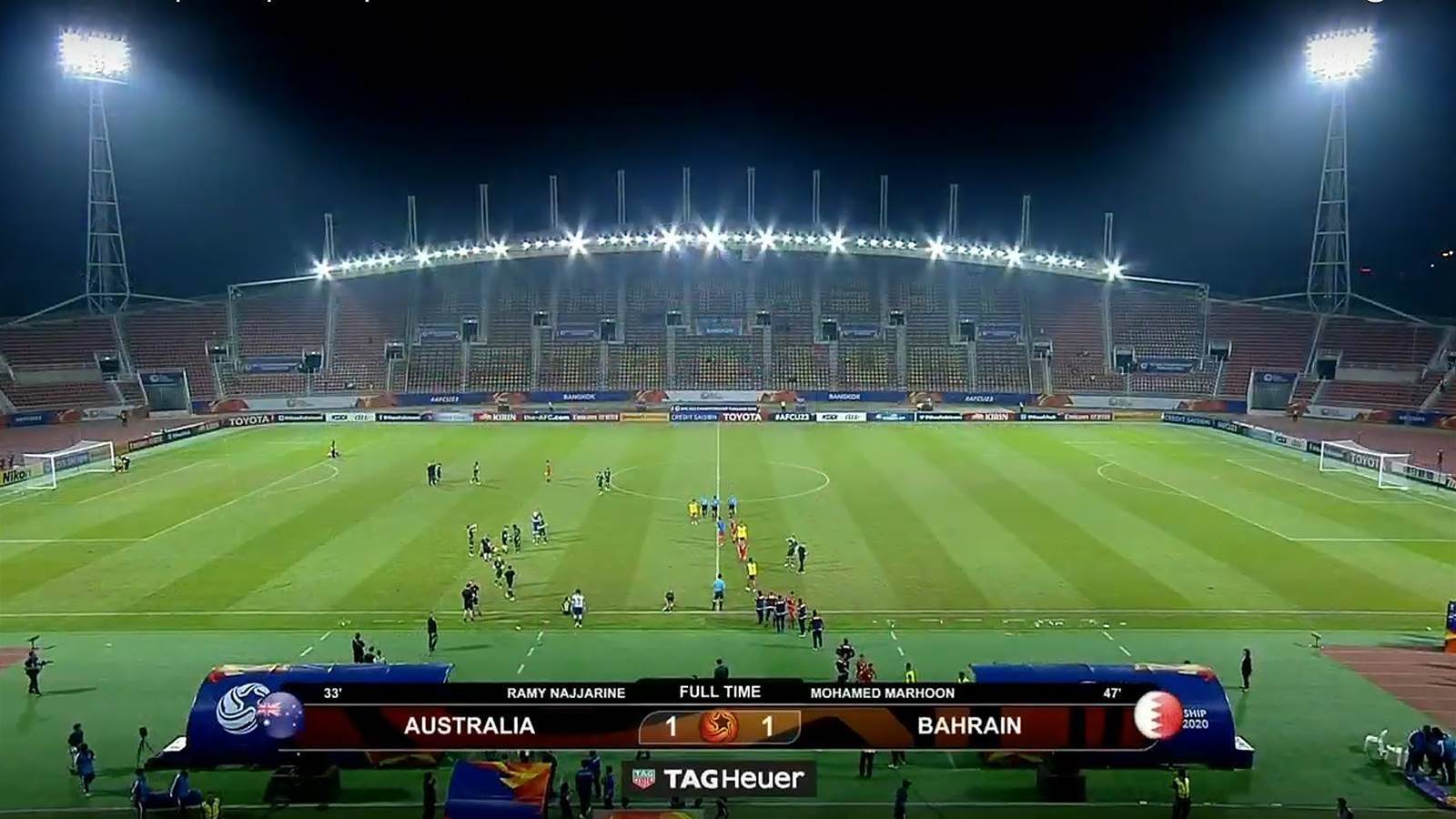 With Jaroensak Wonggorn’s sixth-minute penalty cancelled out by Mohammad Qasem’s 49th minute leveller, the point earned against Bahrain is enough to secure the Olyroos top place in Group A and progression to the quarterfinals of the AFC U23 Championships.

It’s just the second time that Australia’s U23s have reached this stage of the Asian Championships, last occurring back in Oman back in 2013.

On that occasion, in what was Australia’s first crack at an AFC U23 Championship, a side featuring the likes of Curtis Good, Josh Brilliante and Adam Taggart reached the quarterfinals before being knocked out by Saudi Arabia.

Ominously, a strong Saudi side could once again be waiting for Australia in this Saturday’s game, with Head Coach Saad Al-Shehri’s team one of three that could still finish in second place in Group B to set up a meeting with the Olyroos following the conclusion of their group games.

The Green Falcons will meet top-of-the group Syria in one of two fixtures to be played tomorrow night, with the winner guaranteed to top the group and set up a clash with Thailand.

Meeting winless Japan in the other game, Qatar will need to hope that they do enough to get the three points and that the Saudi Arabia vs Syria game produces a winner if they are to progress.