The move of high-profile fixtures to the 83,500-capacity ANZ Stadium enabled Wanderers to break the Australian domestic club record attendance, with 61,880 fans turning out for the Round One Sydney Derby.

Wanderers CEO John Tsatsimas described it as a “watershed moment for the history of Australian football” and the Round 10 derby at the same venue in 2017/18 represents an opportunity for a new record.

It wasn’t all smooth sailing, with Wanderers’ move away from Parramatta Stadium – as it gets rebuilt with a view to completion in 2019 – leading to some challenges at Spotless, ANZ and Campbelltown Stadiums.

There was also the distasteful homophobic banner unfurled by members of the Red and Black Bloc during February’s Sydney Derby which led to widespread condemnation, the club receiving a $20,000 fine and the bans for 14 involved fans.

In light of Wanderers’ fifth birthday, FourFourTwo spoke to Tsatsimas about the 2016/17 season, its successes, its challenges and what’s next for one of Australia’s most emerging sporting clubs. 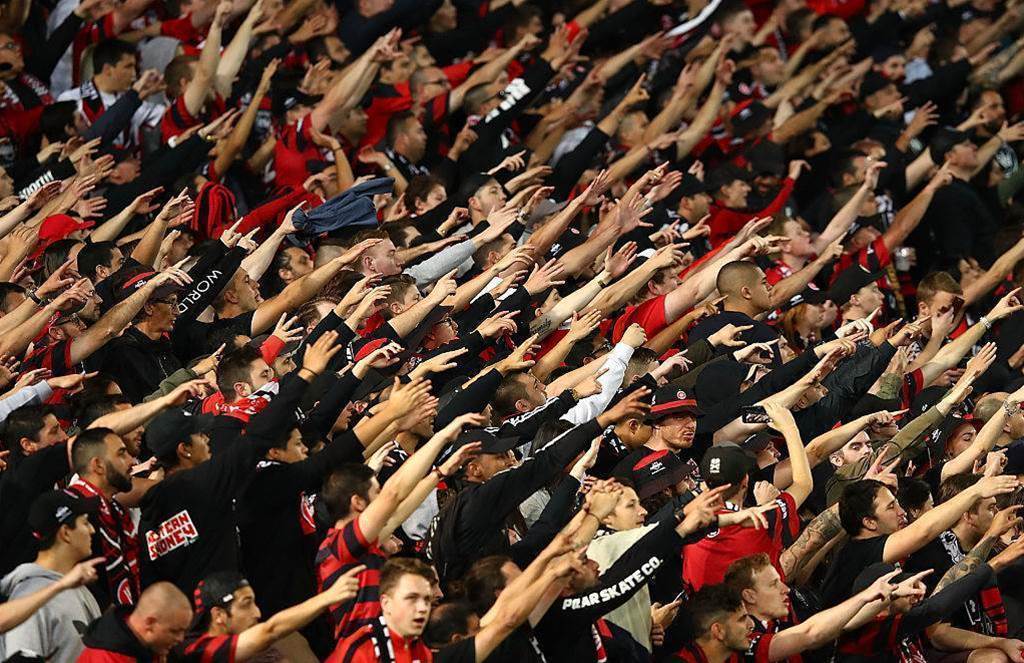 FFT: Firstly, Western Sydney recorded their best ever A-League home crowd average, up more than 3,000 per game on the previous season. Obviously that had a lot to do with the Sydney Derby at the ANZ Stadium but amid a change of venue how do you assess that holistically?

JT: “It was an interesting one with two tales to tell. We had a change of home ground and three venues hosted us as home venues, which certainly provided a challenging element from the consistency basis we’ve enjoyed for the past five years.

“That was a challenge in itself, but having said that we reached 20,000 members for the first time and that’s despite the team finishing in sixth place.

“Had we kicked on, penalties goes either way, you never know what that might be.”

FFT: The 2016/17 season was your first away from Parramatta Stadium as it gets rebuilt. How did you assess the first-year of your temporary tenancy at Spotless, ANZ and Campbelltown Stadiums?

JT: “The challenges remain where we need to be able to be accommodated within three venues. Spotless has its phases where it’s unavailable, so we haven’t had the consistency in terms of habitual attendance which is a hard one for us.

“The shining light at the end of the tunnel is that Parramatta Stadium is on its way. We’re excited by that and we’re heavily involved in planning that. We look forward to going back there.

“Our corporate numbers are up in terms of the Olympic Park area, that’s been a fantastic result for us. For every challenging aspect, Olympic Park has been a positive.”