The Serie A outfit have signed Thiago Silva from Fluminense, Oguchi Onyewu from Standard Liege, Flavio Roma from Monaco and Klaas Jan Huntelaar from Real Madrid.

However, the Rossoneri have failed to lure their main targets of Sevilla striker Luis Fabiano and Wolfsburg hitman Edin Dzeko after reportedly not making attractive offers.

Berlusconi said: "I am in complete disagreement with those that think that Milan has taken a backstage pass in the transfer market.

"At Milan, we have two squads of great level, a total of 29 players."

Berlusconi has high expectations Brazilian star Ronaldinho will deliver after a slow start to his Milan career last term.

"I am delighted with Ronaldinho," Berlusconi said. "I would not exchange him for any player.

"Wherever he is on the pitch he always does two or three extraordinary things." 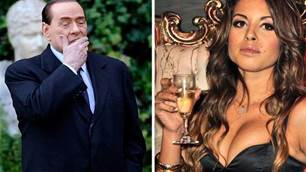