One of the three Griffiths brothers (Joel and Adam Griffiths have also played in the A-League and overseas).

Ryan was a top-class forward.

Here’s a reminder of his finishing quality.

Although he played at Newcastle in both the NSL and A-League, he’s also known in China.

At Beijing Guoan, he was adored by the fans in green.

Now 39, Griffiths is immersed in the digital and financial world.

He’s been a director of Geek Media.

And the former Olyroo has picked up skills in SEO & PPC Strategy and Digital Marketing Project Management.

He is also a Google Certified Partner.

Sydney fans will recall it was Packer who set up Dwight Yorke for the club’s first-ever A-League goal.

See the goal below.

That was in the 1-1 draw against Victory in the inaugural Big Blue.

Packer left to join Roar after that glorious first season in Sydney.

Yet his career post-A-League (he retired at 30) has been quite remarkable.

Packer left the A-League and joined the Army.

And he was there for four years.

Perhaps no surprise given His great-grandfather was a Rat of Tobruk who also served in Guinea.

His grandfather was in the Royal British Navy during World War II.

Packer was in the Reconnaissance Platoon, 6 RAR. He was a Commando candidate in 2011 and won a Land Force Operations Award two years later.

He has dipped his toes back into football at the strength and conditioning level, most noticeably at Newcastle Jets.

Packer is currently a Paramedic (trainee) at NSW Ambulance.

Oh and he’s also a firefighter with NSW fire and rescue.

Andrew Packer, we salute you.

The glory days of Wanderers were the Polenz era.

See below his best moments in the red and black.

Since retiring, Polenz now 33 has teamed up with another A-League favorite.

Polenz and fellow German Thomas Broich returned to their homeland after their respective A-League careers ended.

Latterly, the duo began a show on streaming service DAZN.

The show was focused on coaching ideas and analysis.

It was an instant success.

It turned heads in Germany.

After all, the pair are respected but aren’t huge names in their homeland.

They parlayed this video work into coaching work.

Impressed, Bundesliga club Eintracht Frankfurt enlisted the pair to work at its academy.

What a pity the A-League is not using these two sharp minds in Australia's academy structure.

Want more 'Where are they now?' specials? 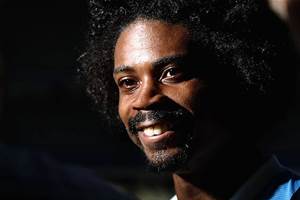 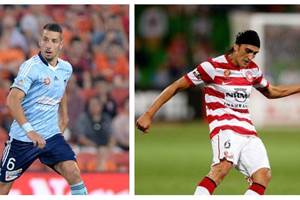 Where are they now? Former A-League Euro stars 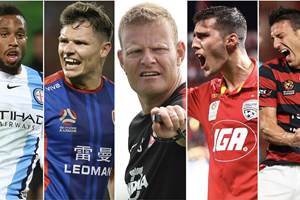 Where are they now? A-League import special

Whatever happened to that import? Our A-League special looks at former foreign talents to check what they're up to now.
Previous Page
1 2 Single page