FORMER Central Coast Mariner Michael Baird has revealed his delight at a fresh start with his new club in Malaysia after he was released from his A-League deal to move overseas.

Baird, 28, flew to Kota Kinabalu earlier this month to trial with Malaysian Super League side Sabah FA and get a taste of life in south-east Asia.

Having impressed the coaching staff, the former Perth Glory attacker signed for Sabah and is ready to help his new side compete in the restructured Malaysian top flight.

Baird spoke of his gratitude to the cash-strapped Mariners for agreeing to the termination of his contract so he could take on a new football adventure.

“The Mariners have been very supportive throughout this whole process,” Baird said. “They allowed me to travel to Malaysia to show Sabah what I could do and, thankfully, didn’t stand in my way to take up Sabah’s offer.

“I am looking forward to this next test in a new environment. I like new challenges and this is something very different for me.

“I enjoyed living on the Central Coast and sincerely hope my old teammates carry on their good form for the rest of the season."

Central Coast Mariners coach Graham Arnold wished Baird well in his Malaysian adventure and said he was sure he would excel in the MSL.

“Michael had a good pre-season with us and of course we are sure he will perform very well in his time with Sabah,” Arnold said.

Baird’s initial contract with the team from the 35,000 capacity Likas Stadium in Kota Kinabalu is for one-season, plus an option for further year. 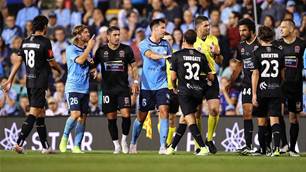 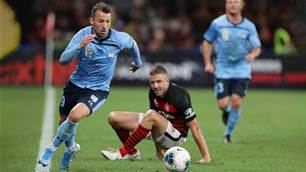 Le Fondre: We did everything but score 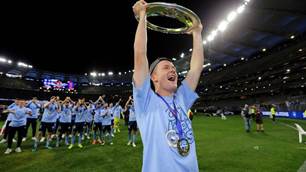 Brandon O'Neill's mission to be Sydney's 'best ever'