Bailey Wright and new club Sunderland are having a massive love-in to celebrate the Socceroos defender signing on.

The injury-prone Roo isn't entirely new to the Black Cats, having played a very successful (but injury hampered) few matches at the Stadium of Light last season.

And while the former Bristol City captain is widely considered to be a step above League One level, it's easy to see why Wright would be entranced by the allure of the Stadium of Light.

The huge arena, packed with fans who have become gluttons for punishment over recent seasons, plays host to the sleeping giants of English football, with the former Premier League regulars now seeking to regain lost glories.

It appears after becoming world-famous as one of the most dysfunctional, fastest-sliding clubs in world sport, Sunderland's troubles are largely behind them. They almost won promotion last season, were it not for the scrapping of the English lower league's results due to COVID19.

"I really enjoyed my time here in my first spell," Wright explained to the Sunderland Echo. "Like everyone, I was left frustrated with how the season ended.

"It felt like some unfinished business for me here at Sunderland and as soon as I knew the club wanted me back I was excited.

"Been back at the club and working with gaffer and his staff and all of the lads has been really enjoyable again. I really do think there's a good thing happening here and we're onto something good and I want to continue being a part of that," he added.

"When you come somewhere and enjoy it as much as I did, and you also feel like you were appreciated, it makes you feel good.

"I like the feeling of playing for this club because it feels special to me, and that's a feeling I wanted more of.

"There's good things happening here and I wanted to make sure I was back and apart from it."

Wright isn't wrong to feel valued by the club, whose director David Jones is a massive fan of the Australian.

"It was absolutely fundamental [to sign Bailey]," he said.

"When we sat down with [Sunderland coach] Phil [Parkinson] and talked about how we wanted to play this year, and whether he wanted continue with the tactics that served him well post-Christmas, and Bailey was fundamental to that.

"I think we saw the impact of losing Bailey after that game at Oxford, I think it unsettled us," he added

"He's looking sharp and hungry, he's not just a very good footballer but a fantastic communicator as well. Phil wanted that leader in the dressing room and Bailey is that. He sets the standards."

28-year-old Brisbane Roar centreback Daniel Bowles has retired from professional football as the defender seeks to focus on a growing series of cafes. 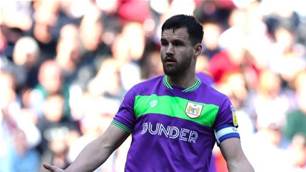