It is the game that never disappoints, and Saturday night's tale was exactly that as Sydney FC drew 2-2 with Western Sydney Wanderers at Allianz Stadium.

At a packed Allianz Stadium, the Sky Blues managed to claw back from a two-goal deficit and snatch a point against a smartly organised Wanderers.

Left stranded and helpless with two perfect Wanderers’ headers, stood up when the ball needed saving.

Stayed deep unlike his usual overlapping self. As always, the former Socceroo was solid in defence and stopped the attacks when he could.

The Dutchman was solid, and took up the limited chances he had to make some bursting runs into enemy territory. Buijs added to the way in which the home side were able to play a slick passing game. 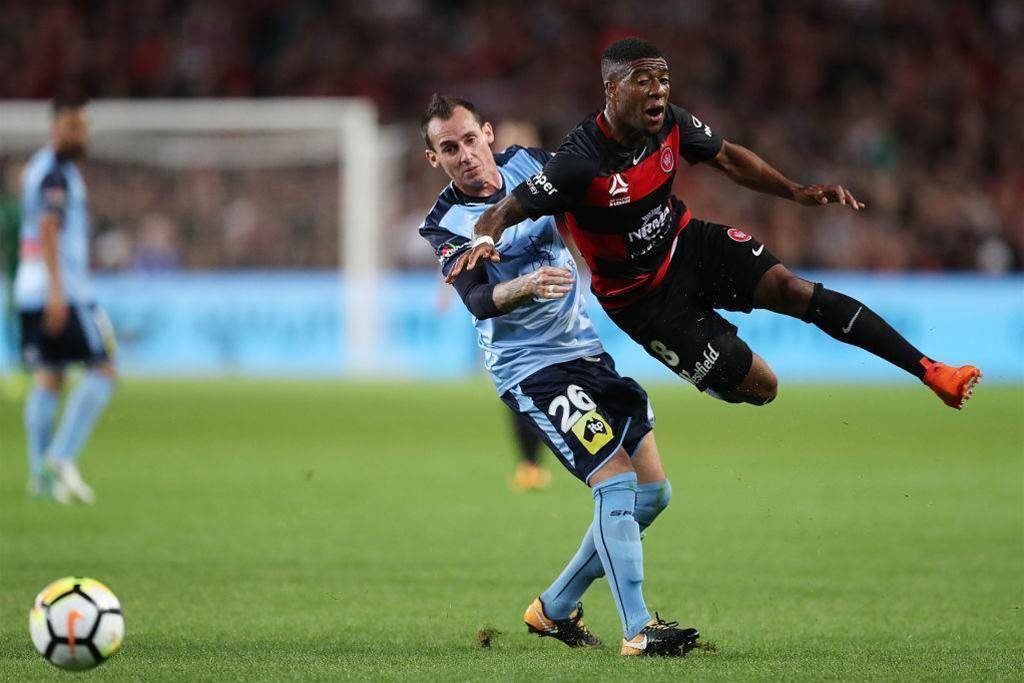 Even though it was wave after wave of Wanderers’ attacks, Wilkinson’s underlying defensive quality was nearly an expectation.

After scoring a goal against the ‘Nix last week, Zullo remained deep much the same as his fullback counterpart in order to put a stop to any Mark Bridge or Alvaro Cejudo attacking advances.

The usually dictating midfielder kept quiet throughout the game and found it hard to put his stamp on the Sydney Derby, unlike last year.