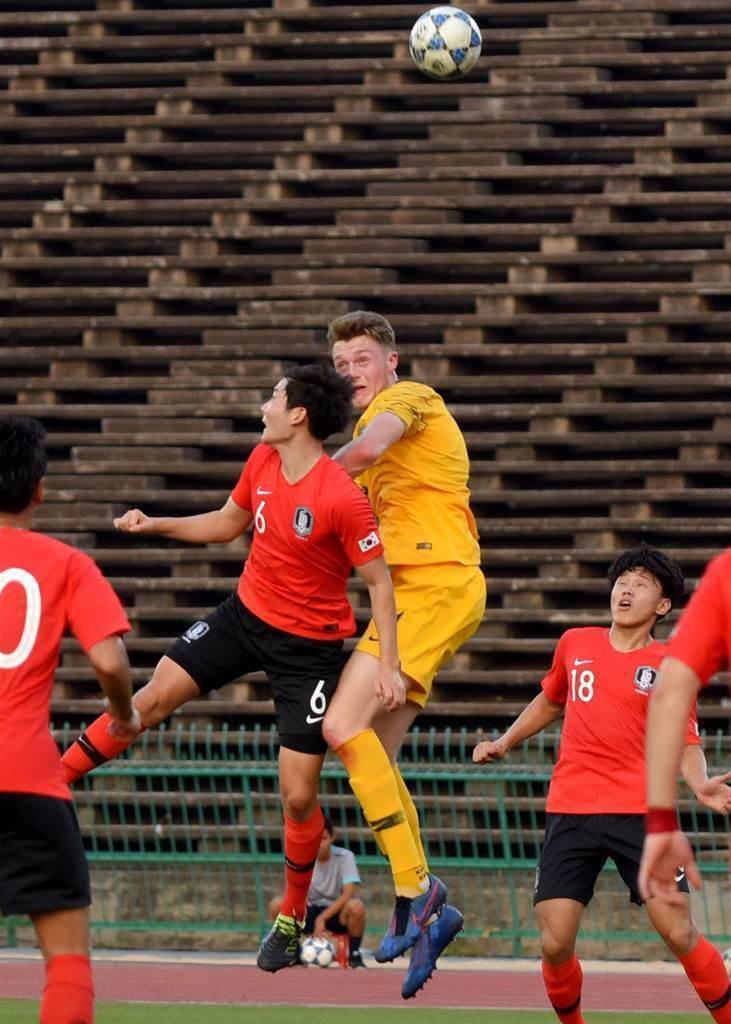 Much has been made of the burly centreback's family-splitting decision to ditch Scotland for Australia: his brother John is a three-cap Scottish international.

But we love a good defector Down Under (especially a Scot, Souttar makes 19 and counting) so don him in green and gold, teach him where Canberra is and make excuses for his accent, we've got a new Socceroo.

And what a Socceroo...all 198 centimetres of Souttar are gut-busting old-fashioned defensive triumphs.

He's a Stoke City lad, brought in during the wake of the good ol' Tony Pulis hit-it-and-hope years before Mark Hughes got all continental (and got the sack).

He came through the Celtic and Dundee United youth systems and, while he's yet to make an appearance for the Potters, can boast two successful loan spells heading into the Socceroos camp.

He's also a Scottish U17 and U19 and an Australian U23 international (where he faced South Korea) so he's experienced in a national team setup.

Hauling around an even more intimidating constitution than Thomas Deng, which is sure to overshadow a few equally young South Koreans, he's set to be another weapon in the penalty area.

He's also coming off a year in the famously combative League One on loan at Fleetwood Town. With huge potential at just 20 years old, here's hoping Souttar is a Socceroos success.

Where Souttar fits into Arnie's long term plans leading into 2022 will depend largely on the attributes the Socceroos want to take into the Asian qualifiers.

It's clear that Australia may have to compromise their ideals somewhat if they wish to compete with quickly-developing Asian powers. The days of playing someone like Mark Milligan in the backline could be behind us.

Souttar isn't a ball-playing defender, but that doesn't mean he isn't skilled. In 2022 he'll be 24 and alongside the likes of Bailey Wright, Milos Degenek and maybe Thomas Deng, Australia will have a taller, more combative defensive line to rely on.

Hopefully Arnold's insistence that the Korea match is all about the result means we see a little bit of take-no-prisoners action. With all these big lumps in the squad we're all getting a tad nostalgic.