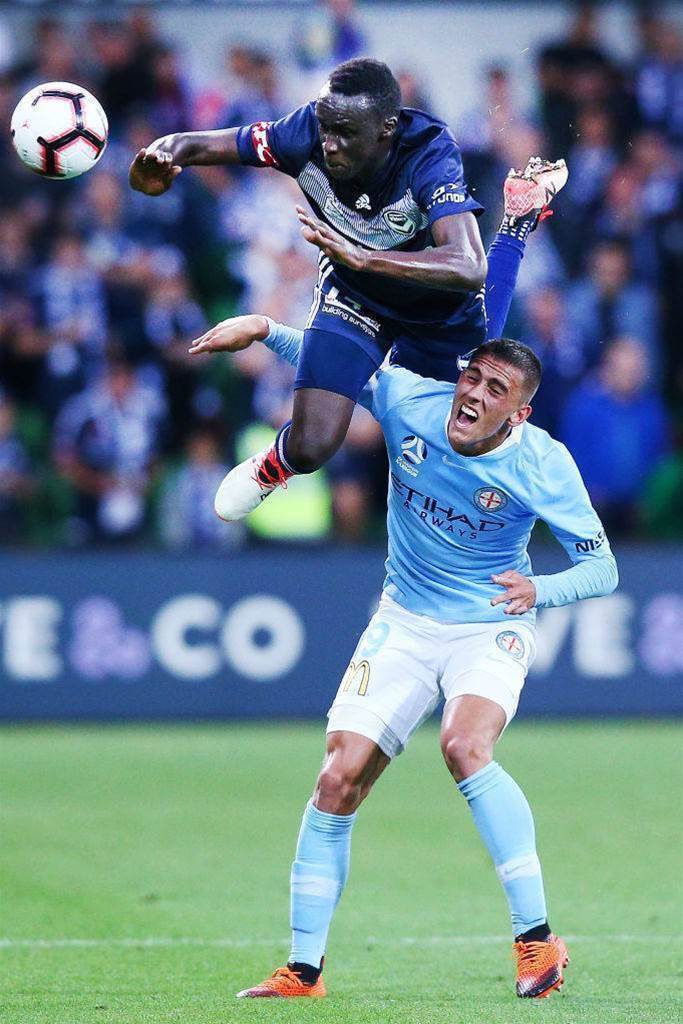 While A-League fans will be very familiar with the gentle giant in the Melbourne Victory backline, Deng's solitary cap at national team level (he made his debut under Arnold against Kuwait) makes him a surprise package at this level.

He's had a mixed season at club level due to Victory's inconsistent defensive tactical approach, with Deng shifted across most of the backline positions and forced to play in both three, four and five at the back setups.

But whether it was in a rightback role or central, Deng still managed to put in some impressive displays, excelling at times when the rest of a makeshift and often unpredictable Victory backline were faltering.

Particularly effective at the beginning of the season before things went a little haywire for the Big V, Deng's physicality, presence and growing tactical acumen - he's played under some top notch coaches throughout A-League, Eerste Divisie and international spells - hold him in good stead among the Socceroos staff.

He'll be most effective against the Koreans due to his height from set-pieces; not the only choice in this list clearly banking on a towering advantage. He's also capable on the ball, perhaps even a little over-zealous at times.

But where he might fall down is the few errors that still exist in the 22-year-old's game - he's privy to a few tumbles in crucial positions, errant backpasses and slips against technical attackers.

Expect Deng to be a continued presence under Arnold moving forward - at least in a squad role - with the Socceroos lack of overt depth in the centreback stocks evident in the selection, however justified, of a 30-year-old Matt Spiranovic.

The chances that Arnold's back likely choices for the match against Korea: Spira, Matt Jurman and Rhys Williams will be there in 2022 are slim at best.