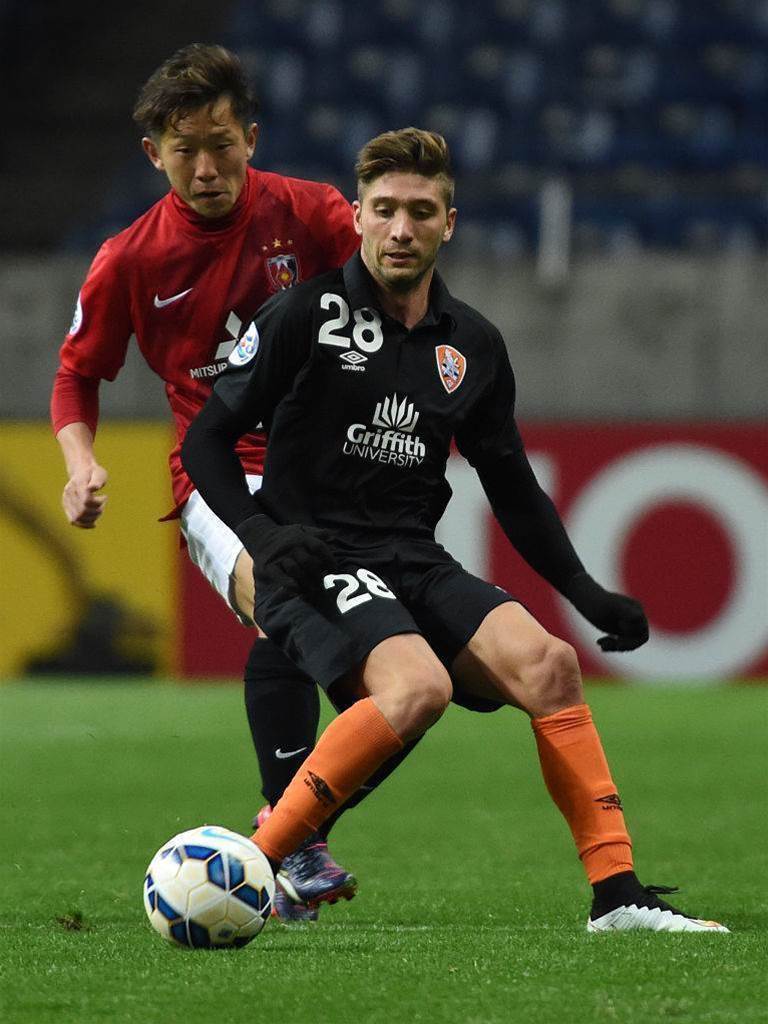 Expect a new-look Brandon Borrello to take to the field for the Socceroos (if you can remember what he looked like) with his German endurance finally set to pay off.

Borrello left Brisbane Roar after an electric three seasons where he set the A-League and those pyrotechnics behind the Suncorp goals firmly alight. But he's coming back to the Aussie spotlight a world-weary hirsute 23-year-old channelling Mile Jedinak.

He almost made the 2018 World Cup squad after becoming a warm favourite for a late-inclusion due to his inspired form in the 2.Bundesliga for now-relegated FC Kaiserslautern.

“He’s got something to offer — he’s a very courageous young player, he’s full of energy, he’s got assists in him, he’s got goals in him and he can always give you a boost when you need it.”

Another Socceroos virgin, the youngster has made plenty of international appearances at U20 and U23 level. Much like Williams, Borrello offers depth in the wide midfield Socceroos positions, as one of a growing contingent of youngsters seeking to usurp the likes of Nikita Rukavystya and Robbie Kruse.

He's a pacey winger, keen to take on defenders and slip in dangerous crosses - with a great assist record - the Aussie finished the previous 2.Bundesliga season with three goals and seven assists in 19 matches, earning a move to Bundesliga club SC Freiburg.

All of this means he clearly has huge potential, however this season has been far more disappointing, making his inclusion one of the more shocking in the current squad. An ACL injury kept him out of the first five months and he failed to make an appearance after that for the rest of the season.

Still, he's on the up-and-up, performing strongly for the Freiburg reserves and clearly looking to show his true worth by dazzling a few Koreans, should he get the chance.