FFA have confirmed that not only are Canberra in the running to have a new A-League club, but other currently unconfirmed consortiums as well.

“Football Federation Australia (FFA) confirms that it has received several approaches from consortiums interested in acquiring a license to compete in the A-League – one of which is from the Canberra Region Football Collective,” said an FFA spokesperson.

“FFA will engage in confidence with consortiums and individuals interested in investing in the Australian football ecosystem, and will provide updates as applicable in due course.

“FFA is encouraged by the interest that exists in the market, and as stated in the recently released XI Principles for the future of Australian football discussion paper, expansion of Australia’s professional leagues is an ambition for the sport.”

FFA have declined to name the other interested consortiums but it is no secret that a number of other clubs would like to get into the A-League including former NSL giants South Melbourne and Wollongong.

A team from South-East Melbourne dubbed Team 11, missed out in the December 2018 expansion announcement, but have not given up hope of getting into the A-League.

The team was considering a base in Casey, a region where a brand new $8 million sporting hub was recently opened at Casey Fields

Meanwhile the 12th A-League club Macarthur FC have moved their training base from Campbelltown to Fairfield, after announcing last week they would train at the revamped Fairfield Showground.

The Bulls were originally planning to train at Western Sydney University in Campbelltown, where a new multi million sports centre was supposed to house the Bulls as their main tenant from 2021.

It is unknown if the Bulls will move back to Campbelltown once the facilities are complete.

The club’s indigenous program, The Charles Perkins Academy, which was introduced by former CEO Rabieh Krayem, appears to have shut its doors.

The academy was supposed to be run by former Socceroos coach Frank Farina.

The club will still play games at Campbelltown Stadium where they have an excellent deal in place with Campbelltown Council.

Western United CEO Chris Pehlivanis has also confirmed there are no set plans for where the club will play home games next season.

United who play Melbourne City for a spot in the Grand Final tomorrow night have been rumoured to be playing at Knights Stadium as they wait for their home ground at Tarneit to be built. 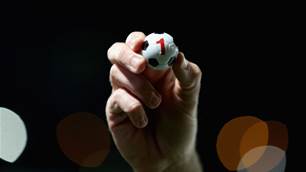