With Aaron Mooy and Mat Ryan's stinkers in the Premier League, you'd think the Socceroos were having a shocker abroad this season. Well, think again...

Truth is, the majority of Socceroos are having astounding seasons in their respective foreign top-flights, leaving no less than 10 of the current crop on the verge of taking out league titles.

In the midst of huge negativity surrounding Australia's flagship side, it's a sign of positives to come. Many of the following high-achievers are under 25-years-old and those that are playing in the lesser leagues are generally playing almost every game.

There are so many silver linings emerging on what we previously thought were storm clouds that we're getting a tad excited. After all, there's nothing better than a shiny bit of silverware to earn you prize position in the shop window... 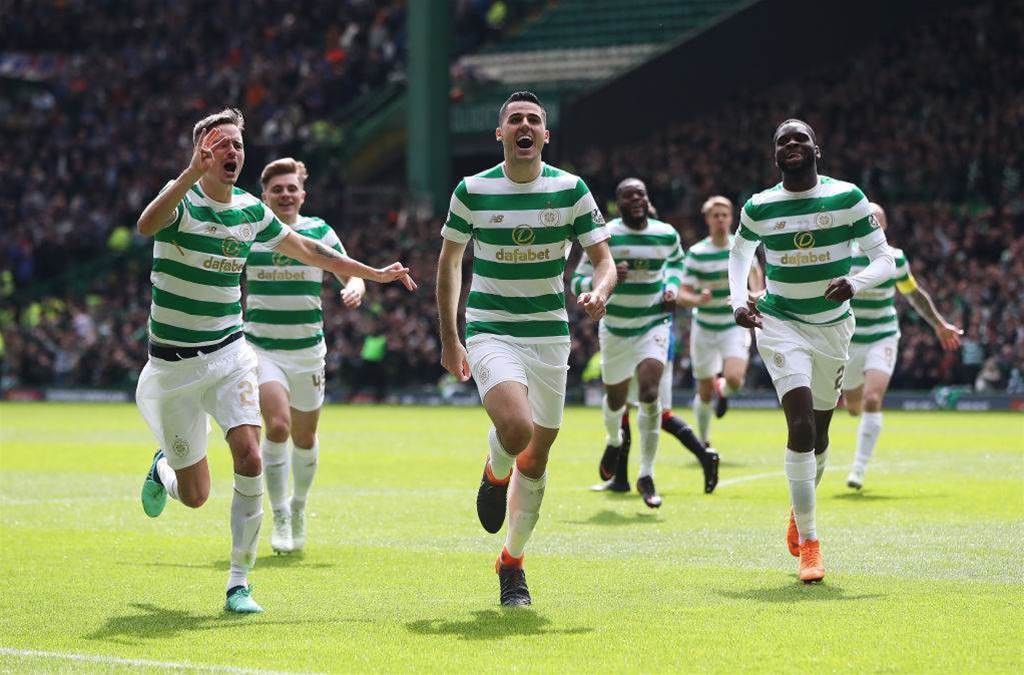 Okay, so we thought we'd begin with the bleeding obvious.

To read that a guy who's won three Scottish Premierships, three Scottish Cups and three Scottish League Cups is going to jam another cup into his trophy hallway is hardly news, but it's worth taking a moment to reflect on Rogic's own influence over the most dominant spell in Celtic history.

'Tam' has suffered an injury-ravaged spell in Scotland's top flight, but it hasn't stopped him hammering in 35 goals and finessing 28 assists in 163 Hoops appearances. He's running at one goal every two games in the Scottish Cup, has his own version of 'Land Down Under' as a fan chant and don't even get us started on his Old Firm performances.

Rangers are basically Rogic's playthings. Not bad for a futsal casual who got knocked back by every A-League club...

All in all, the Bhoys are nine points clear of the Teddy Bears with three matches remaining, Rogic has been raced back into the starting lineup after knee surgery and you can see why. He's had a phenomenal Celtic career for the number of matches he's missed.

We're all hoping his current understudy, Daniel Arzani, doesn't suffer the same injury fate. But should the Celtic curse strike and Arzani - only just recovering from an ACL - falls down a similar path, Rogic may prove the best role model an Aussie could hope for.